…that’s how long it took for the full horror of the new semester to sink in.

A little superficial analysis of my feelings of utter arggh reveal that of the three modules that I am taking, it is the language one that is making me feel like I’m about to run off a huge unseen-until-it’s-too-late cliff. Every language class I go into results in me coming out feeling even more demorialised. I sit there, almost frozen with fear. I feel like my written and spoken Japanese has nose-dived – my exam results will no doubt reflect this, at least as far as language goes.

Thankfully, I didn’t do too badly in my other two subjects. Thus, overall for the first semester, we’re looking at a high 2:2. Me thinks that with focus this will result in a low 2:1 overall for my second year. A second year which until recently I believed counted for a full 50% of my degree – I now understand that this will not necessarily be the case, and that the 4th year may be weighted more heavily. I’ve yet to check out whether this really is the case, but what with the history of our year being guinea-pigs for all other new teaching methods etc I wouldn’t be at all surprised if that was the case. It would be good news I suppose, provided I did well in the 4th year!

[update: this is the case, but not for students already in the system, like us]

But of course, NONE OF THIS MATTERS! So bloody what if I don’t get a first, or even a 2:1. I felt reassured today when a lecturer whom I have a great deal of respect for told me he only got a 2:2 for his first degree… It really doesn’t matter. As long as I pass, that’s all that matters. That’s all the Japanese government is interested in.

The main point of all this uni malarky is NOT the grade at the end, it’s the experience, it’s all the stuff I learn, it’s the people I meet and the resulting nights of passionate sex. So, Mr. Joseph, don’t panic. Just focus on what needs to be done and do it. Don’t spend the whole day running around in an attempt to avoid study (I even went as far as Meadowhall shopping mall a.k.a. Meadowhell today to avoid the kanji).

I do find it tough to adjust to a new set of realistic goals. I think it’s self-imposed pressure, resulting from a feeling that I’m letting my language tutors down that is mainly to blame. Ah! Curse my consideration for their feelings!

Japan Day has been another big stress – even though I haven’t really been involved in the preperation (my sincere thanks to Will for his thoughtfulness). The thing is, 10 members of staff at SEAS (my department at UNI) have now requested tickets from me, which has led me to feel personally responsible for them enjoying themselves! Ridiculous. A major concern is that I feel that one particular ‘attraction’ on the day really shouldn’t be happening, it’s the wrong environment… and I can see it chasing people away. Arghh the guilt… It was at times like this that I reached for the bottle last year. This year I have my cutey instead, who gives me tremendous support (visits to the health centre to pick up packs of free condoms outnumber the alcoholic units I’ve consumed this year 🙂

(the full-size version of this contact-sheet is 566k, so only click it if you have Broadband, or don’t mind waiting 3 years for it to download) 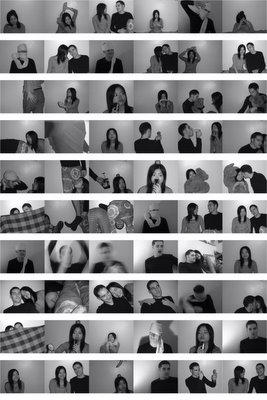 Extracts from the above contact sheet may appear from time to time here on TDM, and they’ll all be uploaded to this month’s album when I get a chance. I think the first photo I’d like to highlight is quite astounding, and is a warning to me not to get involved in a kick-boxing match with *cough*, unless I wanted all my teeth removed. 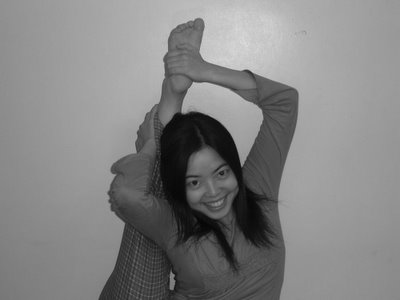 Back to the uni business for a bit: This semester my Japanese Language module (one of three that I’m taking, the other two being lecture centered, focusing on elements of contemporary Japanese society etc, taught by two lecturers who could not be more different. One of them, if in tablet rather than human form, could market himself as a powerful drug to help you sleep. The other one is, comparitively speaking, just out of nappies and gives very stimulating classes – handy considering they are timetabled for late afternoon, just that time of day when I start to feel dozy. Incidentally, in the event that he happens to read the above line about nappies, as I am aware that he has in the past spent some of his precious paid time browsing these pages (I tell you, lecturing is the way to go, all those hours spent twiddling your thumbs in your little private office, gazing at your Geocaching wallpaper…), I hope he doesn’t object and deduct ten points from my presentation score.)

oh, I was just starting a sentence wasn’t I when those brackets got in the way. Right, take II.

Back to the uni business for a bit: This semester my Japanese Language module is divided into four. Two translation classes, one grammar / website creation class (I kid you not, keep an eye on http://www.tamegoeswild.com/j for updates) and one devoted to a grand project involving the interviewing of real live Japanese people and then the real life humiliation of being filmed giving a presentation on the results of one’s research. To make it extra-excrutiatingly awful, the camera that will be used will be about the size of the Hubble space telescope. Thing is, our department is broke. The last time any new equipment was bought (a bog-roll dispenser in the ladies toilet) they had to hold a cake sale to cover the costs. Thus, the camera used to film presentations dates from the early Roman era, and would look more at home in that classic 1970s series The Land of the Giants than in a 21st century language department.

Thankfully the task is being made slightly less scary by the fact that I am paired with someone who is equally timid when it comes to speaking Japanese. I was a bit nervous of being made to feel obliged to pair up with someone whom although I like a great deal, I have come to fear speaking to in Japanese because of recent setbacks.

So you see, I seem to have embraced a whole host of worries and concerns, none of which are really being forced upon me by anyone other than my naughty conscience. I mean, crikey, if I look back at last semester, I was in a far worse situation, especially in early December. Yet I survived, in fact I got very good results for two out of three subjects. Balls to the stress I say!

Feel the Fear and Do It Anyway!

and stop updating your website, and read that book that has to be back in the library by tomorrow morning!!!