My phone rang a couple of hours ago. It’s quite unusual for anyone to use my landline. Must have only rung about 10 times these last 9 months.

It was a family friend, known through the Waldorf School, and the person whose husband introduced me, about 6 years ago now, to John John, the reality-defying John John whom one never quite knows which country is in at any one time.

John John is a man of a thousand tales, from the times he hitch-hiked around the world in the 1960s, to when he was an ambulance driver in the Australian Outback …or when he was meeting VIPs in any number of exotic countries.

For the last few decades John John has been ‘based’ in Japan, and his apartment in Tokyo, the legendary Umenoki Manshon (Plum Tree Mansion) has served as a safe base for me to retreat to during every one of my five trips to the country. John John has always welcomed me to his home, asking me to treat it as if it were my own; without him there I really don’t know how I would have made it through the very tough times I’ve had over there.

Without John John my Japan would be a very different place. Not only did he introduce me to people who have since become an integral part of My Japan, but also, it was through the bicycle tours of western Tokyo that we used to take together that I first began to put together the jigsaw of Japan in my head and heart. I have an awful lot to be grateful to him for.

Today, my friend updated me on John John’s condition – he was hospitalised last week having returned from Tokyo with suspected Pneumonia. Unfortunately it is not good news – he has been diagnosed with terminal cancer. I spoke to him earlier today, he sounded pretty genki, considering all that hospital food he’s having to eat. I’ll be going to see him soon. He’s certainly not leaving us yet, he has to finish his book first, extracts of which I’ve heard and loved, and you will too.

“The author has written a largely descriptive essay that has little in the way of critical analysis or originality. The author is advised to consider how an essay should be structured and, in particular, the importance of an introduction that should demonstrate a grasp of the question and define the scope of the essay.

Unfortunately, there has been little attempt to answer the question and thus the essay cannot be considered a success.”

I was, I must admit, a little stunned at first. Perhaps the results sheets had got mixed up? I protested. It was agreed that it was a little unlike me to get such a low mark, and so a phone call was made to the lecturer who’s assessed it to see if he was available for a chat.

I then started to read the first page of the essay that I’d handed in a few weeks back. …and sure enough, it was lacking in an introduction! What the hell was I thinking?! It simply is not an essay. It’s basically a bedtime story about Minamata, utterly lacking in structure, analysis, or originality. (Still, if you want to know about Minamata it is quite informative, clear here for a copy).

I was then able to have a chat with the Lecturer concerned, and I must say, he was mightily helpful. Recently, I have had a tendency to lose track of where I’m going in essays, to have no focus; he made a few suggestions as to how I might tackle this issue.

Well, I just have to put that behind me now.

When this story dropped into my mail box a few moments ago, I did a double take.

I mean, come on, you have got to be kidding.

A Justice Ministry panel studying an overhaul of Japan’s immigration administration is set to propose that the proportion of foreign residents to the nation’s population should be kept at 3 percent or below, Senior Vice Justice Minister Taro Kono said Tuesday…”

Oohh makes me want to run amock in the Diet with a brick, or maybe a bulldozer actually… How backwards are those damn politicians?

The thing is though, no matter what they do, they won’t stop the influx. And besides, they need us gaijin. With a rapidly aging population on their hands they need folks like us to clean out their bedpans and turn the TV over from one cookery talkshow to another.

The Japanese government is not known for its tolerance of foreigners. This year sees the reintroduction of the fingerprinting and photographing of all gaijin upon arrival. Oh, and schools are now assessing children on their patriotism, then there was yesterday’s story about the teacher who was fined thousands of pounds for encouraging children not to stand up during the playing of the country’s emperor-worshipping national anthem, with all its connections with wartime atrocities, which have yet to be admitted to…

…hhm, must be time to give the shower a good scrub then. While I’m at it I think I’ll clean the kitchen windows. Oh, and then there’s that leaking tap I’ve been meaning to deal with for ages…

Continuing in the arts tower theme, which seems to have turned into a form of pre-exam therapy, to keep me from pressing this button…

In case you have have had your head in a very big block of concrete for the past 40-odd years and don’t know what the Arts Tower is, it’s the University of Sheffield’s Pride and Joy, a 1960’s skyscraper that is now listed, thus meaning it can’t be knocked down, which is what a lot of people would like to happen.

It also happens to house my department, of which I am very fond, which might go someway towards explaining why I chose to to embark upon creating this series of photographs (the full series of which, including ‘Melts’ and ‘Disintegration’ can be enjoyed here), which I hope will help the non-believers to come to realise that there is hidden joy in this asbestos-filled beauty. 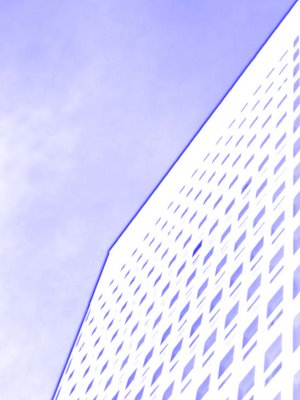 Is this photo rectangular? 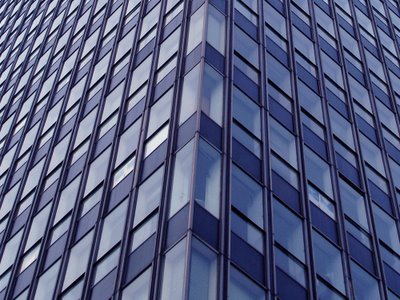 “After years of calls for more classrooms, the University of Sheffield finally agrees to expand the School of East Asian Studies by extending the Arts Tower.” 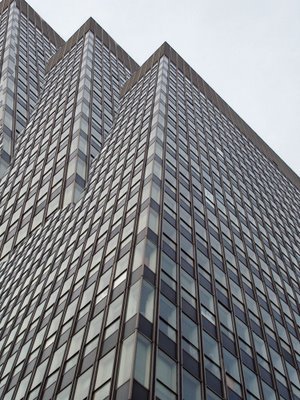 Anyway, must get on with pooing my pants at the thought of what awaits me in under 43 hours.