For those of you who don’t like my photo albums due to the fact that there’s no “slideshow” option, today is the day that you have been waiting for…

Over the past couple of days I’ve uploaded over 3,000 photos to www.flickr.com, not to replace the standard layout I use, but to compliment it. I’ll be uploading the remaining 3000 or so photos over the next few weeks.

You can find my Flickr account at www.tamegoeswild.com/flickr. I’ve already had 434 hits (in just 48 hours or so), not bad – those horse cocks are working wonders. Had an invitation (from an ‘admirer’) to join some dodgy Japanese Buddhist organisation too – I turned it down though – some of you may recall my day spent in the company of such crazies after being approached on the Tokyo subway in October 2001, an experience I’d rather not repeat.

Unfortunately there’s not much in the way of a Search function on Flickr – well there is, but if you think I’m gonna waste about 4 years tagging each photo with keywords then think again. Dedicated I may be, stupid I am not. Most of the time. 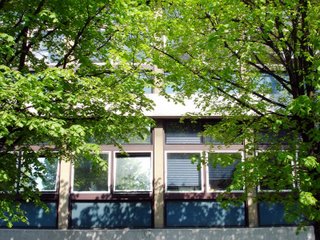 A bunch of us went to the park today – jolly good idea Roniko. Lovely cherry blossom. Cherry blossom is one of those things that for some bizarre reason Japanese people have this idea doesn’t exist outside of Japan. Like 4 seasons – the number of students I had who expressed astonishment when I told them that we too had a Spring, Summer, Autumn and Winter…. I dunno, what do they teach them in those schools other than patriotism and obedience? Send the whole nation to a Steiner School I say.

Erm, yes, well. Let’s have one last pretty piccie in this series titled “RAAAAAAAAAAAA It’s Spring Behind the Arts Tower”. 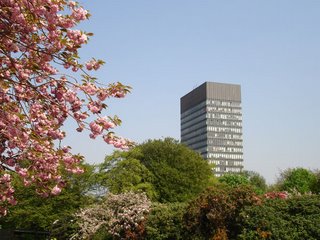