Phrase of the week has been “Shakaiteki na ru-ru”, which translates roughly as “the rules of society”. They’ve been popping up everywhere; in conversation with friends, in conversation with teachers, in dictating how those around me behave, in dictating how I behave. I should take the example of my classmate Jon who was found on Friday night by police, in a flowerbed, covered in muck and sick.

Ok, Ok, maybe I shouldn’t go quite that far, but nonetheless, a little loosening of the belt is called for (I’ll save those sort of antics for next year in Sheffield…)

I’m a bit peed off with my attitude towards uni. The fact that I don’t understand as much as others around me causes me to put pressure upon myself to study harder, thus I spend much of the week stressing over how I am going to utilise every second given to me to ensure that I do REALLY well. Thus, I don’t do other things that I want to do, such as write The Daily Mumble – having not done so for a while I now realise how important it is for me to vent. Here.

Take the forthcoming Kanji test as an example. It was set about a month ago, and will focus on the meaning and readings of 96 kanji of medium difficulty. I’ve actually learnt all the readings of them – that only took a couple of days of hard work, and I feel very happy about that – but I am yet to start learning the meanings of the 600 or so compound words that could potentially appear in the test, which is now 3 days away.

Thing is though, it doesn’t actually matter if I don’t pass. It’s a voluntary test, it doesn’t affect any grades. It doesn’t prove anything, and even if it did, so what. So, I’ll learn what I can before wednesday, do the test, and be happy that I’ve learnt whatever I’ve learnt.

Now, to just extend that attitude to the rest of my studies! Ha!!

Bloody hell I have such a big issue with expecting so much of myself, I feel it’s quite detrimental to my general well being. I’m trying to chill out, I really am. But then that is a direct challenge to my strong desire to Not Be A Victim Of The System, to excel in order to break free of the chains that bind the poor, the uneducated.

AHH! Warning lights! Haven’t we been here before? Do you have to work through the rat race in order to not be a part of it? I don’t think so. Surely one can simply say No, I won’t do that. It’s tricky though when you are in a place like Tokyo, where life without money is problematic, to not buy into the system to a certain extent. This takes me back to my uni course. Is it important to do really well? What is more important? Japanese language proficiency or good grades? The two are not the same. We are told that it is important to have a reason for studying abroad. Those who have no goals for their year do not reach their goals – surprising that…

So what exactly am I hoping to get out of this year? Well, that’s the thing, I just don’t know. In Sheffield my goal was good grades, it’s what everything was generally geared towards. Very UnSteiner, Very UnJoseph, I loathe the stress I feel from those around me, and in particular the stress I put upon myself.

Here though, it’s a bit different. It’s a Pass or fail year, which essentially means go to class, do your homework and be nice to Sensei. I’m almost tempted to not do Wednesday’s test. (You know I will though). 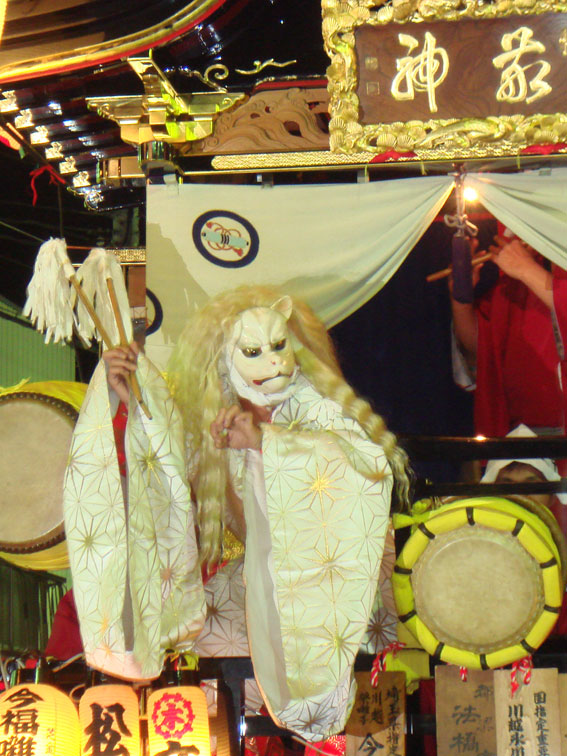 I want to get a part-time job. Maybe in a convenience shop – there are some that are willing to empoy foriegners (thanks Miyu). Yes, I could potentially earn a lot more teaching English etc, but I want to take advantage of this year when I can just about get by on the finances that I have, I don’t need to earn a lot of money. I don’t need to worry about supporting a family etc, something that may not be so in a few years.

In order to do a part-time job, I’ll need to ease the pressures of study. Less study…

…ok, so forget the uni system, let’s think now How important is the aquisition of the Japanese language to me? Do I really need to become fluent. I know plenty of people who have been here for many, many years, decades in cases, whose spoken Japanese is nothing to write home about, but who are perfectly happy with the knowledge that they have aquired naturally.

What I’m getting at here, is, should I be dedicating my precious time to classroom-like study of the grammar and language etc, you know, at home alone surrounded by text books, or should I just do the bare minimum to satisfy sensei and then get on and do stuff outside the home. Or watch TV. Those damn groovy dramas. 9pm Monday nights, I forget which channel. Music university thing.

It all leads back to my percieved role. Permission to use the word *Fuck*. (permission granted).

*Fucking fuckity fuck* I feel so bloody tied to the expectations that accompany my given role at Sheffield University that I could be Japanese! Like the girl who was for all intents and purposes being sexually assaulted on the train the other day, but who felt so obliged to follow the rule which states that one must not cause a fuss in public that she said not a word.

Imagine feeling so constrained that you can’t even defend your personal space, when it is being so dramatically invaded! Whilst no-one has got their hands up my skirt, I do feel similarly victimised by this bastard society that has me in my place – that being the society that is a construct of my own mind, encouraged by the partcipation of many people around me.

I even thought about dying my hair green tonight. Getting my flourescent jeans sent over from the UK. Wearing a hat that says something as strong as *FUCK*, but in a way that is not offensive to other people. I don’t want to upset others, I just want to be myself.

But there you go, here we have yet another clash. It’s this bloody concern for others, or rather, the concern for the (aggghh, opened Excel again, who put it next to iTunes?) peace of mind of others, that holds me back. If Joseph was to do exactly as he wanted, which to be honest is at the moment to be a bloody lazy student and not really do any work – there’s been days when I’ve just not wanted to go to classes due to a feeling that they’re mendou kusai (tiresome, bothersome), if Joseph was to behave in this way, there would be people who would be somewhat dissapointed in him. He would not be fulfilling their expectations. I’m not talking specific people here, erm, well perhaps I am. Specifically I mean all the adults (in this context I cannot be categorised as such) in the UK whom I respect, and whom I don’t want to dissapoint.

Something to smile about: *Twinkle*

I want to be free! Wasn’t that why I came to Japan in the first place, 6 years ago? To escape from those ties? It worked, back then, in my gaijin bubble, free to do as I pleased, free to use my credit cards. Now, I’m here courtesy of a UK-based system that I have chosen to be a part of. I have to play by the rules – If I don’t my funding will dry up and there’s no credit to fall back on this time! 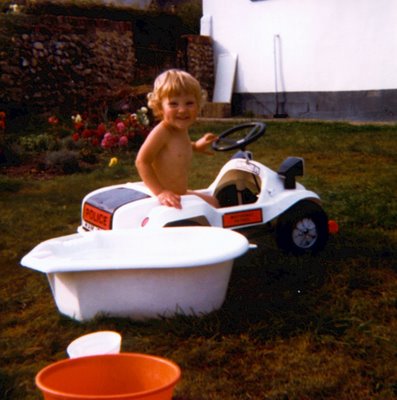 Are those carefree days really over? Do I actually have the ability to recapture the freedom of those years gone by? These past two weeks I have conciously mourned the passing of my childhood. Walking back to Ikebukuro station from uni I have wished I was one of those school boys, age about 5, grabbing each others caps and running away with them, shouting, laughing, falling over in the subway. I want to do that. All I can do is a make a lame attempt to immitate such freedom through my worn patchwork jeans, and unshaven face. Where’s my voice?! I want to sing! I want to shout. I want to feel the freedom that my friend Alfonso felt in 1996, when he stood on the Lauberhorn and shouted “Fuck you Frau von Almen!”, the evil old granny who made our lives above the clouds so difficult. We lived in a ski resort – but were banned from snow sports!

I feel quite sad. I don’t want to feel regret. What should I do?

It’s interesting. In the past I would have attributed the feelings that I have now to the lack of a loving partner. But now I am loved and cared for. Will I ever be able to find true satisfaction? Currently, I am using the excuse “well, it’s the (educational) system I’m in at the moment that prevents me from doing as I really wish”. But after I graduate, won’t it simply be, “Well, I need to work to pay off my debts, to pay the rent”.

Do I have to play the capitalist game? Does one have to play by these rules to ultimately work through and escape their grasp?

Or can one simply say “No”?