Ahh, the wonders of the internet. What DID we do without it?

It was thanks to the internet that I discovered that all domestic BA flights had been cancelled up until midday tomorrow – including the one that *Twinkle* and her family were due to take from Manchester to London Heathrow, where they would board their plane for Tokyo, in order to be back in time for *Twinkle’s* birthday on Sunday.

If they missed that connection, not only would *Twinkle* have had to spend her birthday in an airport and then a tube of metal, but our Christmas plans would have been off too.

The “I’m calling from Japan” line works wonders. Like a magic spell, it puts the person on the other end of the line into overdrive, makes them want to transfer you internally to what would normally be a premium rate phone number (50p per minute), in order that you pay no more than 1p per minute. They call up their colleagues on your behalf (thus avoiding the queue), and you hear them say “I’ve got someone on the line from Tokyo…” The magic bounces down the next line, continues to work its wonders. 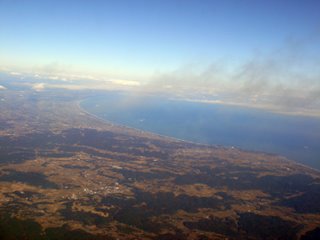 The outcome is that a note has been put on their reservation saying they’ll board the flight in London – don’t let someone else take their seats! Tickets have now been purchased for a train that will get them to Heathrow in time; in fact, they don’t actually have to leave Sheffield any earlier than had they flown from Manchester, thanks to the time difference between the north and the south of England.

What a blessing this internet thing is. Absolutely remarkable. I really don’t know what I’d do without it.