Human Rights? About as healthy as Fatty Butter!

Japanese politicians are not known for choosing their words carefully when speaking in public. Last month we had the “birth-giving machines” scandal involving the Health Minister.

Speaking about the problem that is Japan’s declining birth rate, the minister said “Because the number of birth-giving machines and devices is fixed, all we can ask for is for them to do their best per head”.

Well, I’m sure that will encourage women to make some more.

Today’s demonstration of how to promote the idea that all Japanese politicians are unaware that human beings actually have value beyond their ability to build televisions, comes from the Education Minister.

An advocacy group slammed Japan’s education minister on Tuesday for comparing human rights to fatty butter and saying too much would give Japan ‘human rights metabolic syndrome.’

‘No matter how nutritious it is, if one ate only butter every single day, one would get metabolic syndrome,’ Education Minister Bunmei Ibuki reportedly said at a speech in south Japan on Sunday. ‘Human rights are important, but if we respect them too much, Japanese society will end up having human rights metabolic syndrome.'”

I suppose this shouldn’t be all that surprising in a country that not only still has the death penalty, but has actually been making increased use of it since 2000. The number of people killed by the Japanese state in this way reached 100 last week.

Nobody has the right to take another person’s life.

Still, in a country where human rights are considered as good for the nation’s health as fatty butter, it’s hardly surprising that Japan remains a fan of this unjust form of ‘justice’.

In other news, the Japanese whaling fleet has called an end to the whaling season and is heading back home. Not that this is any gesture of goodwill on their part – it’s the result of an engine fire that crippled their one whale-carcass processing ship, the Nisshin Maru. A ship that, by drifting for several days around the Ross sea posed a considerable threat to the environment: a fuel leak would have spelled disaster for one of the most pristine areas on the planet.

“New Zealand’s Conservation Minister Chris Carter said he had spoken to the Japanese authorities about the need for urgent action, calling the ship “dead in the water”.

He pointed out that the ship is just 60 miles (100 km) from the world’s biggest Adelie penguin colony at Cape Adare.

“It is imperative the Nisshin Maru is towed further away from the pristine Antarctic coast, the neighbouring penguin colony and the perilous ice floes,” he told reporters.

Mr Carter said the most immediate solution was to use the Greenpeace ship Esperanza, a converted Soviet tug, or a US icebreaker.

Greenpeace urged Japan to accept its offer. “This is not a time to play politics from behind a desk in Tokyo,” said Karli Thomas, from on board the Esperanza. [BBC]

Mind you, having seen how little respect they have for their own environment, it’s hardly surprising they couldn’t care about some big block of ice down south. 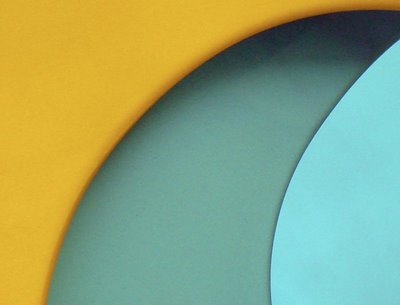 I want to make films

The music that accompanies this entry is Moby: ‘Signs of Love’, from his album ’18’. If you have it, please put it on.

I yearn to make films.

One of my dreams is to be a film maker. Productions that are arty, informative, challenging, beautiful, moving.

This feeling has been growing for a long time. Many years. The past 5 months or so though have seen this desire to create a beautiful collage of moving images and sound really take off. Think back to what happened then and you can probably guess what the influence has been.

I have taken the first steps.

The first is my Audio-visual podcast, which although not in the least bit professional, is something I am absolutely delighted to be producing. It’s fun. I like it.

I’ve also had my first photo-book professionally printed: a Valentine’s Day present for *Twinkle*. It’s only a little paperback, but nonetheless, I love it (and so does she!). I think it’s the possibilities that it symbolises more than anything else that I love.

I will make films. It won’t happen for a while yet – I can’t afford another (higher-spec) Mac at the moment! – but in the meantime I’ll experiment, continue to learn, play around, and soak up the pure magic that so many people around me are conjuring up on the screen, across the airwaves, before my very eyes. Today’s shopping trip saw another shop added to the list of “Places to go to get free food”. It was our local butcher. I needed some bacon, but only had 85 yen (about 40p) on me. I was advised that I couldn’t make a decent meal with the amount of bacon that that would buy me, and thus was given some extra, for free.

A couple of minutes later, at our local Tofu shop, I was the happy receipient of two extra pieces of aburage – thin, deep-fried tofu, love the stuff. He always slips them in to the bag without me seeing, the cunning chap.

When paying for my bananas next door at the greengrocers, I was handed a huge apple , the kind that would sell in the supermarkets for about 300 yen (£1.40). “No-one’s buying them today”, he said.

I do enjoy shopping in Japan. Unlike in the UK, the small, family-run businesses have yet to be driven out of town by the huge supermarkets – at least in central Tokyo where many people don’t own cars. It may be a different story out of town, where there is both the land available for new supermarkets, and increased car ownership (due to the comparitively low density of railway stations).

Anyhow, once home, I unpacked my bags, and found this banana on the bottom of the bunch. It’s a sign. There must be some business opportunity just waiting for me, something banana shaped, something that will take the world by storm.

Any ideas what it could be? 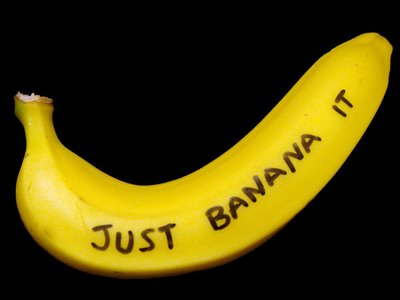