Thank you Tom for inviting me out last night to the club whose name I forget. This arty nights the name of which I also forget, are fantastic. Last night, in addition to live drawing by Chantel, a very talented artist whose hand and pencil movements are projected onto three walls of the club courtesy of a camera-equipped OHP thing, there was a fantastic Live Painting session.

It was a lot more exciting than watching paint dry, and the entire thing was accompanied by the most groovy, crazy jazz you’ve every heard. It was absolutely filled with passion – there were times when you weren’t sure whether the whole world was descending into chaos, when what you thought was feedback suddenly arose from nowhere, shaking the walls, before turning into a regular beat that formed the basis of a euphoric rise into song. The musicians were in an absolute frenzy, sweat dripping from their brows as the artists filled their blank canvas with lines. The central semi-circle, seen below, was not just a blank space. This was actually a projection of half of a camera-equipped potter’s wheel. The patterns he made with the clay brought a dynamism to the wall, a focal point for all brush strokes. 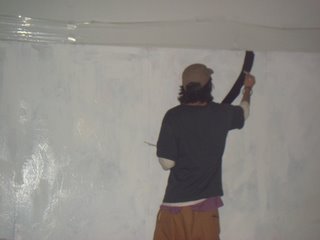 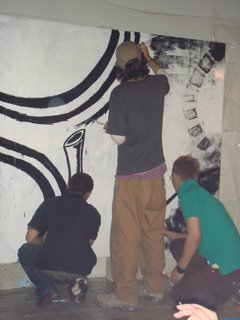 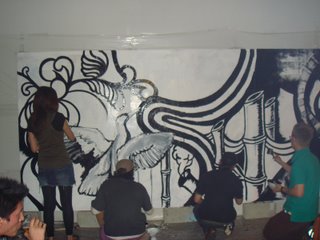 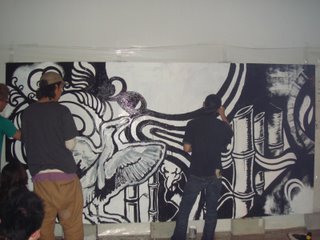 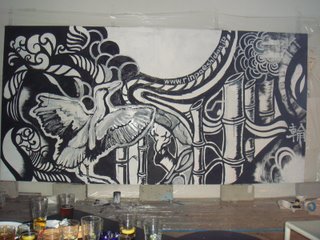 I’m now seeking sponsorship for my trip home. If anyone has any experience of gaining commercial sponsorship for a journey, an event etc, I would be delighted to hear from them. I’ve fired off a few emails to some UK-based agencies, and will make some calls in tonight – but any tips would be appreciated.

Finally, before I head off to uni, a note about Region restrictions on DVDs.

RAAAAAAAAA. This has never been an issue for me before, but I’ve found that this edition of “Geldof in Africa” just won’t let me get around it. Even VLC (which ignores region restrictions), Mac the Ripper and Handbrake (which remove them) couldn’t handle it leading me to think that Apple really do play by the rules here, and have put something in the firmware that really does prevent circumvention …forcing me, reluctantly, to change the region of my Mac’s DVD drive. Drastic action I know, and something I won’t be doing again once I switch back.