It was a beautiful day today.

Not in terms of weather – it pissed it down thanks to Typhoon #4 – but in terms of the people I met, and the laughter and joy.

You know, if you smile, chances are they will smile back. The same thing occurs when you shine: the world really does shine back.

It began 5 minutes before the alarm went off, as planned. I made an orange cake for Stu’s party – took all of 5 minutes prep and then a 30 minute bake in the saucepan – and oh boy! I’ll have to take a photo next time, it was amazing! A domed beauty. The ingredients were 3 eggs, 1/3 cup of sugar, 1/6 cup of oil, 90g flour and an orange. Shame Stu’s party wasn’t till 5 hours later; it tastes so much better when hot.

After that I went to Shinjuku to loiter in a cafe for a couple of hours. There was the possibility that a friend of mine needed some help (in Shinjuku), but wouldn’t know until minutes before the help was needed, thus I was on ‘standby’. In the end they were ok without me, but this was wonderful, as it gave me the chance to sit in a beautiful little cafe in Shinjuku West, and write a 12-page letter to an old friend back in the UK. I don’t usually rate establishments in railway stations, but this was something else. Organic food, very comfy chairs, and really friendly staff who were happy to start conversations! That made me smile even more.

On the train to Stu and Mariko’s, I listened to the story of a very brave little girl who contracted a rare body-wasting disease. Despite the fact that there was no cure for this, she did not give up her will to live, but put all the remaining energy she had into recovery, and eventually was able to leave hospital. It was then that she started her fundraising for that children’s hospital, making it an even better place.

Late last year, this little girl passed away. Her story, as I was listening to it, was being told by someone who loved her very much, and who had been told of her passing only hours before the recording was made. It was a very emotional experience, and I couldn’t stop myself from crying as I sat there on the train. The salary man sitting opposite me looked up with concern. I looked back at him, and smiled to put him at ease, wiping the tears away.

It was an immensely inspiring story of someone who summoned up the inner strength that, with many of us, lies dormant within for years on end.

Of course, we hear these stories all the time. Our most inspiring role models are often those who have been through immense hardship and triumphed. As someone who has had a tough time recently said to me last week, “Sometimes you know, I think why should we always have to learn through pain?”.

A valid question. Why DO so many of life’s most valuable lessons result from hardship? Why can they not result from pleasure?

I find it a little troubling that when things do go wrong on a big scale, when bad things do happen that we can’t attribute to a concrete cause, we tend to ask “God” (or equivalent) WHY? Why me? Why Us?

The reason I find this troubling is that I see it as a kind of get-out clause. The placing of blame upon an outside ‘being’ who supposedly brought it about, or had the power to stop it. I feel that in times of pain, we should perhaps be looking in the mirror and asking ourselves “what have I done to invite this into my life?” Rather than feeling angry or upset towards a 3rd party, perhaps we should examine our own contributions to the world. Individuality and collectively. Clearly I’m in the minority for thinking such a thing though, judging by the popularity of Christianity.

Having said that, if one was to think of God as being within each and every one of us in the form of the energy that magically makes our hearts beat, our electrons fire and our lungs expand and contract, and not Our Father Who Art in Heaven, then by asking God “Why did you let this happen“, we are indeed asking ourselves the question.

I feel I’m a bit too distracted by forming some kind of structured notion of spirit. I think that’s partly due the way I think about things in general. I do tend to place thoughts in certain physical places. “God” in the traditional sense has always been at about 1 o’clock in the sky. The numbers 1 to 121 have definite places in my mind (they follow a zig zag pattern, which is has a blue tinge. When I think of any number I see it in its specific ‘physical’ location within this pattern. This could date back to my school days, although I’ve long since forgotten how I learned to count and thus can’t be sure. I’m sure a lot of other people think like this too.

And so it goes with spirit. I have this habit of giving thoughts physical dimensions – thus my trouble coming to terms with the “God” I have been familiar with since my catholic upbringing. His physical presence outside of me clashes with how I really feel. ‘He’ can’t be there in that specific location outside of me AND inside me at the time, my beliefs won’t allow for that. Thus, I have to scrap this traditional God altogether, which I had thought would be pretty easy as I’ve never been a strong believer in him in the traditional form, but he’s actually proving to be a bit hard to budge. 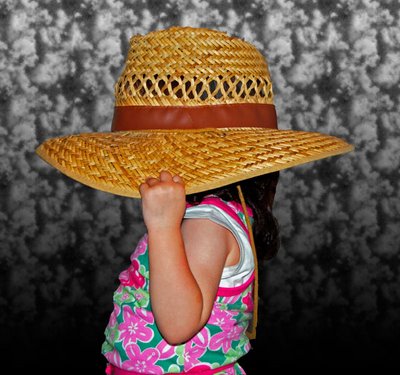 There’s this clash between my mind trying to figure out the logistics, and my soul which is happily finding delight in simply loving others. I don’t think I should encourage my conscious mind in its crusade to find The Answer – because that will only lead to confusion, as I don’t think I could ever construct some perfect, tangible model of my spiritual feelings.

So perhaps the key is to simply scrap the conscious thinking and just let stuff wash over me, and then enjoy the spiritual developments that result (and to be honest, that is actually what I’m doing in practice. It’s only sitting here typing that I start to try and put things in their place).

I took my final Epilim tablet one week ago, after what I estimate to be the consumption of a minimum of 20,000 of the little purple pills over the past 13 years, in order to control my epilepsy.

I have never been able to come off the meds altogether before; one or two days without would result in a series of petit mal seizures. As you know, I have replaced this artificial drug with totally organic vitamin, mineral and phytochemical supplements (specifically 4 x Vitamin B complex, 3 x vitamin C, 4 x multivitamin – daily).

The message to me is clear: your body is highly complex. Give it what nature intended it to have in the quantities it needs them in, and you will be healthy.

I’m really really happy about this.

My phone died tonight. Seemed to overheat all by itself, and now won’t respond at all. Just in case you were thinking of calling me (my UK Skype number 0121 286 XX XX is unaffected of course).

Ah, I was going to tell you about Stu’s party. Hmm, that’ll have to wait for another day I guess. I loved it though. So many nice, interesting people. I’m very fortunate to have been invited.