It’s now 4 days since I arrived at my final destination, Sheffield, bringing to an end my 9000 mile, 30-station trip halfway around the world in 28 days. 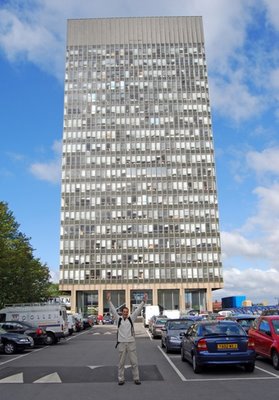 Sitting here in bed under my Paddington Bear duvet, accompanied by a Penguin and an oversize teddy bear, how do I feel about this past month now? What have I gained from the experience? How has it affected me?

Firstly, I have a new sense of connection with Japan. It is no longer in a different world, it is just at the end of the line (albeit rather a long line). This is having a profound effect not just upon potential feelings of Japan-related loss (which are virtually non-existent), but also upon my attitude towards everyone else I meet. For example, the Chinese student who lives in the room next door comes from Jining. This is no longer a totally foreign place on a different planet, but rather a friendly city with two plastic tigers at its centre, a city that through a boy named Tom welcomed me with open arms and led me to embrace China as I never have before. When meeting people from places I have yet to visit, such as Pakistan or Finland, I no longer feel that their roots lie in foreignness, in places of which I know nothing. They like myself come from this beautiful planet Earth, and if I were to continue moving in a particular direction for a period of time I would arrive in their hometowns. I would be standing upon a shared landmass, looking up at a shared sky that knows no geographical or political boundaries.

This feeling of connection with others is truly wonderful. It enables conversation to flow without that barrier of differentness.

I have also gained more of an understanding of the cultures that I passed through. The people of China, Mongolia, Russia – all are very different from the big butch security guard who calls me “duck” (or “love” if I’m lucky”) in the university library, yet if there is one thing that strikes me about all of these people, and that is their similarities. Whilst they may all differ in terms of language spoken and behaviors, they are all fundamentally alike.

We are all human. One might think that statement superfluous, but at times one could almost forget that fact in this media age where nothing but differences make headlines. Fundamentally we are all the same. We come from the same source, and we will return to the same source – why must we insist on differences during our time here?

Oh what a beautiful sight! 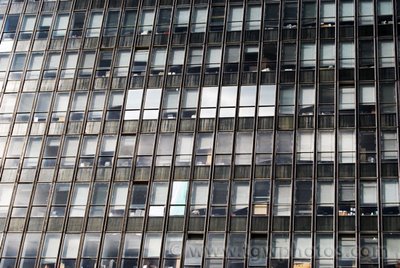 When thinking on why I haven’t felt this sense of oneness before (I have, after all, spent over half of the last decade living abroad), I think it’s because until this trip I have not enjoyed the sense of there being a physical connection between the places I have visited. It has always been a case of getting on a plane, sitting there for 15 hours, going up into space, coming down again and getting off in another land. Is it any wonder that I thought I’d arrived in a foreign world far removed from my reality, when the experience of the journey itself was so unlike any that nature may provide?!

A 15-hour flight only serves to reinforce the sense of differentness.

And now I’m thinking, “what would happen if all politicians around the world agreed to participate in a 5-year experiment? An experiment in which they refrained from flying when visiting other nations. An experiment which saw them travel over land and see to foreign lands, in order that they gain a true feeling of oneness with their ‘foreign’ counterparts.”

This trip has affected my behavior too. The most notable difference I see in myself is that I have a renewed sense of confidence when it comes to meeting others. Whereas before I tended to hesitate before initiating a conversation with strangers, now I don’t think twice. It will be interesting to see if this becomes a part of my long-term approach to life, or whether one week at university surrounded by Freshers finishes it off!

A few people have asked me if I will be taking the train back to Japan next summer. The answer is, I don’t know yet. Let’s just say I would like to.

The 19-storey monster from below 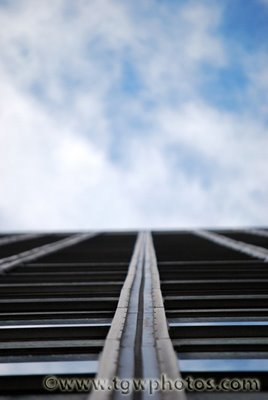 And with that, I bring my journey halfway around the world in 28 days to a close. My thanks to you all for your support throughout, knowing you were there has encouraged me to engage with those around me, and has led to some great adventures that had I opted to play it safe might never have happened.

With love to you all under our shared sky,