It’s been another of those “landmark days” today.

The focal point was our comprehension class, in which we were given back the scraps of paper with last week’s translation attempts on.

I did pretty appallingly. It was quite depressing, although it took some time to sink in.

The next few hours were spent with a Japanese friend. It was interesting observing my confidence slipping away, my voice becoming quieter, the ends of my sentences never making it beyond the thought stage, verb conjugation attempts stopping as I reached the extremity of the masu stem.

Tonight then has seen me indulge in a little consideration of where I want to take this. I mean, I’ve already made a good start in terms of establishing a daily routine of study and so forth, but as was demonstrated today, I readily set that aside when other ‘more important’ things crop up.

I have a list of other projects to be carried out at weekends – what will be the cost of pursuing them this year? Is it a case of all or nothing? What are the hidden costs of not socialising as much as I might?

[And what will be the cost of me sticking my head out of my window and shouting at that bloomin noisy prostitute! Crikey o’riley! She seems to be of the opinion that the whole world is interested in what she has to say!]

Well, I’ve made my decision. I am going to claw back lost ground. I’m going to stop putting myself in the position of class-idiot, and make every effort I can to excel. I’ve informed two of the most influential people of this decision as well (the people who mark our papers!) in order to increase my determination that I will get back on track.

I’ve re-arranged the projects in my GTD program, dragging 13 of them into a new category labelled ‘long term’. I’ve emailed the newspaper editor and told them that I won’t be able to take photos for them, and have given myself permission to say no to any new ‘unreasonable’ demands upon my time.

It’s getting the balance right that’s the difficult thing. I have to be careful to not fall into a trap of selfishness, caring only for my own needs. But, at the same time, if I don’t put the effort into my study that I feel it deserves, I think I will be doing both myself, and my family in Japan, a great dis-service. 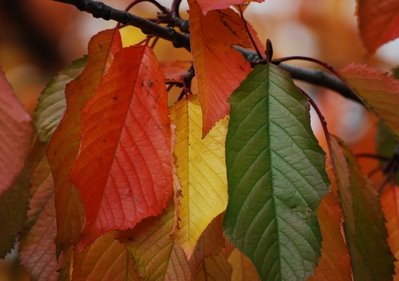 I know that university is not just about academia, but when am I next going to be in a position to learn such a lot from so many talented professionals? I’m being given a golden opportunity here, and to pass it off for the sake of other projects which ultimately are not dependent upon any such fixed environment would possibly be a little daft.

So how about I class this as ‘an experiment’. It can be carried out alongside the Daily Routine experiment, phase one of which is set to run until Christmas. In this experiment I shall work very hard on my studies, with ambitious study targets to hit. A review will be carried out in late December.

As talked about yesterday, by classing it as ‘an experiment’, I am increasing the likelihood that I stick to it.

If there is anyone out there who would care to comment on this decision, I would welcome your ideas. I know you’re a quiet bunch though, so no pressure.