Interview: 12th February at the Embassy

Caw blimey, it’s all happening. Just got a letter from the embassy – interview on the 12th February for the post of CIR.

I called them a few minutes ago to confirm that I would like to attend. No problems there. Then, about 30 seconds later my Skype phone rings – it’s the Embassy.

“We received an email from you a couple of days ago, saying that you were going to be attending a wedding as a groom? Are we to take it then that you are going to get married? If so, we need that information for our database…

Having noted the wedding details and the fact that *Twinkle* is Japanese, the chap, who until that point had been deadly serious and professional, started to laugh and said,

“And of course, Congratulations!”

Giving up the mobile habit

As you can seen, my mobile phone is quite an old model, requiring a cable and long extension lead

My phone’s battery is flat, and my charger is in Sheffield.

Perhaps this is what I’ve been waiting for.

I’ve long struggled with mobile phones. They give people the ability to jump into your life at any moment they desire. Sure, they can be useful (e.g. in the case of emergency), but they are by no means essential (I can think of 4 friends who don’t own mobiles and are none-the-worse for it).

I don’t like receiving calls on my mobile, and I like text messages even less (perhaps if I was a millionaire and thus could afford an iPhone I’d feel differently).

So, as of today, I’m not going to use my mobile any more (feel free to Skype or email instead, I’m online about 98.9% of the time anyway…!)

Getting married in Japan

I’ve been trying to find out more about marriage in Japan. After a while I found the well-hidden homepage of Koshigaya city, our local ward office (town hall).

They have a great translation engine on that site. Here’s some choice extracts:

“news pack … is rare with this finger!”

I come back to the top of this page

So, having got no sense out of that I decided to give them a call. I tell you, phoning local authorities in Japan is something that makes me really happy, as it reminds me that I can actually speak better Japanese than I could 5 years ago! I still feel somewhat detached from my ability, like, “was it really me that just had that conversation in Japanese with that women about obtaining a yoken gubi shomeisho (certificate of no impediment)?! Ah, I tell you, this language -learning thing, it’s great!

Turns out getting married in Japan is dead easy. Get a certificate here in the UK, take it to the embassy in Japan for translation, take the resulting document to the local ward office along with passport, details of family, fiance’s family register, oh, and fiancé (although actually in Japan you can actually get married with only one of you present, as my friend did last year!), and Hey Presto! You’re married on the spot. You can then have your certificate translated and recorded in the UK too if you wish, but that’s optional.

The cost of marriage

Talking to *Twinkle* this afternoon via Skype, we got on to the subject of marriage, or more specifically, our wedding.

We’ve been thinking of marrying in the UK first (in July), and they getting our new family register sorted in Japan when we get back there.

Today however, I spoke to a couple of local registry offices, and getting married in the UK suddenly seems not quite so attractive afterall.

The idea was for *Twinkle* to come to the UK a couple of weeks before I’m due to return to Japan. We’d marry, then go on a very long honeymoon (…in Japan!). There’s a slight problem with that though, as she needs to be in the UK at least a week before we can even begin the procedure. After 7 days, we’d be allowed to go to an internationally certified registery office (the nearest one being Gloucester) where we’d declare our intention to marry. We then have to wait 15 days – on the 16th day we’d be allowed to marry. In total, we’re told that a month in required to get it all tied up.

A month …is rather a long time to take off work at this stage.

Oh, and then, there’s the visa.

When the lady on the phone told me that the Fiance visa is quite expensive, I told her that yes, I’d expected that. About £100 or something.

Then I checked on the British Consular Section’s website in Tokyo:

Five HUNDRED pounds for a visa?!

I guess it’s understandable. If it wasn’t that much us poor british men would be inundated with marriage offers, being the legendary life partners that we are.

So, marriage in Japan is suddenly seeming a lot more attractive, especially as after that discovery I learnt that (contrary to what I have been led to believe for 5 years) if you marry in Japan, it will be legally valid in the UK too. If I can marry on a tourist visa then we may do the deed at Easter in Saitama (just north of Tokyo), and party in July in the UK. If Japan also has some fiancé visa scheme to prop up the national economy we’ll probably wait until the summer when I’m there on a work visa.

Anyway, I’ll give our local Ward office in Japan a call in the morning and see what they have to say about visas and so forth – and charges too. 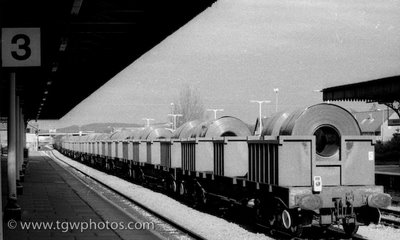 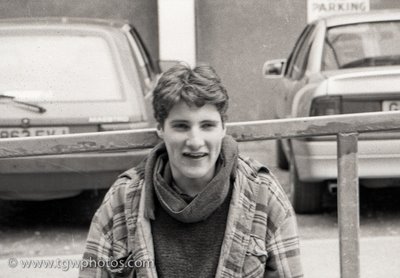