I signed up to Audible.co.uk again the other day. If you take out a 14.99 subscription, they give you two free audiobooks (no matter what the price) in addition to the two that you’re entitled to with that deal. So I ended up with 4, which together would cost £60 if I bought them normally. I’ll probably cancel my monthly subscription next month, and then wait another couple of months until there’s another 4 books I want.

If you want to sign up for the totally free trial (you pay, then if you cancel within a month you get a refund but keep your books, they have a 7.99 deal too) here’s a link which, if used, will make Audible donate some of their profits to TDM! Audiobooks really are fabulous, they’ve changed my life. I just love learning, but find it hard to make time to read. But Audiobooks, well, you can listen anywhere. An amazing resource, we can just suck up years of research in a few years!

And fiction too! I was listening to CS Lewis’s Prince Caspian (from the Chronicles of Narnia) tonight – just great! I love Aslan’s roar, and Lucy! She’s just like in the original BBC series with the see-through special effects and bad acting. Love it.

I’m about 10 hours into the unabridged version of Deepak Chopra’s Life after Death: the burden of proof. I’m not sure I could handle the actual book (some bits are pretty demanding), but the audiobook is great. There’s an overwelming amount of evidence, both scientific in nature and otherwise, that there is so much more than this physical realm. I must say, I feel so much better about death now. I haven’t been ‘made’ to hold any fixed belief (Chopra doesn’t tend to push any one idea), but rather, feel far more positively about it generally. It is in a way a wonderful thing, something to be celebrated. If we could take away the pain of loss, I think funerals would become parties. 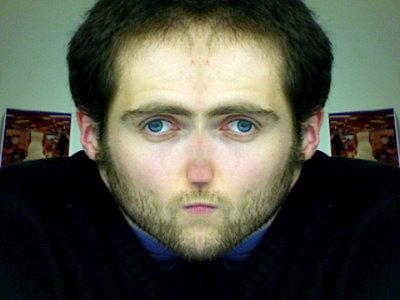 I truly look forward to carrying on my education post-uni, with the world’s best teachers, as my teachers. 🙂

p.s. In the latter half of the book, Chopra looks at some intriguing questions such as, “Is the universe intelligent?” and “Can cats read their owners mind?”

There’s a lot of quantum physics in here. Strap in before pressing play.