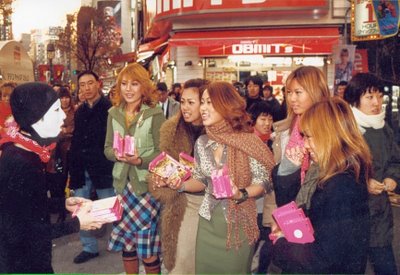 When I find myself in this kind of situation (surrounded by notes, attempting to remember basic essay outlines for an exam due to start in just under 90 minutes), I find it relaxing to remember that

I only need to Pass.

Despite what my ego says.

Sorry to go on about this, but just LOOK what Firefox (left) does to my colours! Safari (right) shows the true colours in all their glory (I understand that Internet Explorer is also unable to read color spaces and so will mimic Firefox).

Does anyone know of any plugin to get Firefox to read color spaces?

Or a way to get LightRoom to export in a browser-friendly fashion? I’m exporting them with sRGB color space, but it’s still not displaying correctly…

Welcoming the oldies into the information age

I think this is probably one of the most intense periods of my life to date, in terms of stress-inducing events (excluding those times full of events connected with relationships of course).

A 3500 word essay. 3 x 3 hour written exams. One interview exam. One speech contest final. One (possible) interview at the embassy.

Mum and Dad took delivery of their Mac on Friday. I must say, I am really really impressed with how quickly they are learning. This time last week, neither of them knew how to even widen an Explorer window or select a document (on Windows or a Mac) – but now they are lightening fast Quicksilver Users, creating Word docs and rotating their freshly downloaded digital images in their photo library, and all that.

I must admit, I did knock up a quick automator action, so when they plug their new digital camera in (I’ve leant them mine till they can afford their own, or until I win one next week) the computer automatically downloads the images, ejects the camera, opens the file re-namer programs and then starts to talk out loud:

“Anne and Peter, I have downloaded your lovely photos to my hard drive. Please turn off your camera and unplug it from my socket. Next, please rename your beautiful shots by dragging them into the window I have just opened for you, the one that says ‘Renamer’ at the top. When you have finished that, please click on ‘Send to iPhoto’. By the way, have I told you how good you look today?”

It then displays a dialog box with a “Send to iPhoto” button. They click that, it closes the renamer program, and imports the photos to iPhoto for them to view.

It took about 3 minutes to build the application that co-ordinated all that. Love it.

Mum used to be terrified of doing things ‘wrong’ on the Windows 98 machine, partly because it liked to throw up cryptic error messages (such as ‘Fatal Error 65tG8889 – The World Will Now Explode’), and partly because it didn’t have a friendly user interface. It didn’t encourage her to click. But today, she was happy to just poke around and see what would happen if she did this etc.

I’ve given them 1000 family photos to be going on with, and a load of music. Home videos too.

I love the Mac Screen Sharing thing. It was funny today when they got home after a trip out. I was in my bed upstairs in the front bedroom, and heard them close the door behind them. I quickly opened up my Macbook and remotely logged in to theirs downstairs (on the kitchen table) via the wireless network, opened up iTunes and played them a welcome home chorus – they were pretty surprised!

The next joke was to turn the webcam on (built-in above the screen on their mac) so I could see them. I put the special effects on to warp their heads (always a crowd pleaser that one), took a photo of them both hideously distorted, and then as they watched I emailed the photo to the local vicar! I could hear mum screaming out in laughter downstairs,

(they don’t actually have an internet connection yet so of course I didn’t really send it.)

I then typed a message for them in Word, and selected “speech” to have the Macbook read out my request for a cup of hot chocolate…

It’s amazing how different they feel about the Macbook, when compared with the old pc. That was something to be feared, to be sworn at, to be best avoided. The Macbook though is their baby, full of wonder and excitement! (A bit unfair to compare Windows 98 with an OS that is almost ten-years newer perhaps…!)

They haven’t even touched the internet yet though. They have all the delights of The Archers’ homepage to come!

Ok, on with the exam planning.

Signs of Spring (and a dog)