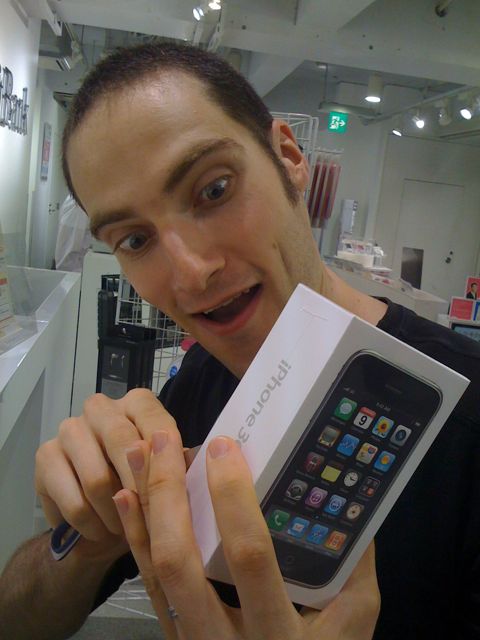 When I figured out that if I cancelled my current iPhone 3G contract and bought a new iPhone 3GS, I’d end up paying almost exactly the same on a monthly basis as I already did, I was straight out of the house and on a train to Shibuya to the Softbank store.

Anyhow, nevermind the numbers, what about the thing itself.

OMG it is a beauty! Here, in this video which was recorded, edited and uploaded direct to YouTube by the iPhone itself, I explain why it is the new love of my life.

As I say in the video, I’ll be GIVING AWAY MY iPHONE 3G FREE to a listener of my podcast Japan Podshow – the iPhone is in very good condition and will come with brand new headphones / charger / cable and the box.

n.b. You can tell this was edited on the iPhone as I managed to irreversibly cut the first 5 seconds of the video off – and there’s no undo!