One thing I’ve promised myself is that if I’m going to be a tech otaku, I’m not going to the passive type. I’m not going to be one of those who lie in bed at night with their multi-generational iPhones lined up on the bedside table, ready for their daily polish.

The type who talk incessantly about the sensual curvature of the rear of their iPad, yet dare not take the device out of the house for fear of it becoming discoloured by the suns rays.

No, if I’m going to be a tech-otaku, I’m going to be an active one. I’m going to use my technology and push it to the limits. I’m not going to treat my iPhone with kid gloves – it’s here to work, and if that means forcing it to broadcast video for 42km, or send out tweets in the pouring rain, or act as a wedge to stop the front door from closing when I’m bringing the futons in from airing – well, so be it.

(OK, so that was actually my wife’s iPhone). 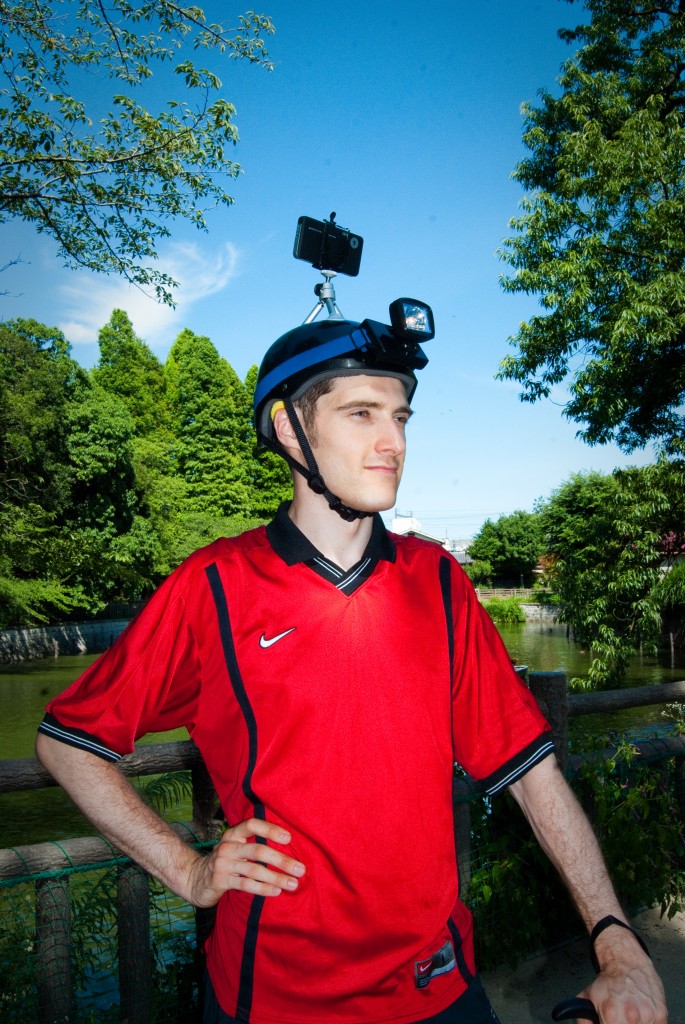 Having sat in front of my computer pretty much all the time since the Tokyo Marathon, earlier this month I decided it was time for a bit of exercise. And what better way to get in shape than climb all the way to the roof of Japan – whilst broadcasting live video of the adventure using a groundbreaking camera beaming data through a special temporary wireless network from atop a high-tech plastic helmet. I will be joined by a team of 9 intrepid fellow Tokyoites.

At 3,776m, the summit of Mt. Fuji – a dormant volcano that last erupted a little over 200 years ago, puts you almost within arm’s reach of the International Space Station. The trek to the top is often mistakenly thought of as not that difficult – but it can be lethal: two people died of exposure on the same path as us 24 hours after we descended last year.

Altitude sickness is never far away, and the danger of losing all your money is also pretty high as the bottled water sold from mountain huts gets progressively more expensive the higher up you go. On windy days the volcanic ash covering the upper slopes gets whipped up into a frenzy, blinding those without goggles.

Arriving at the summit after 6 to 8 hours of climbing, you feel both utterly exhausted – and elated. The view is spectacular. You stand their next to the defiant vending machines, speechless, wondering at the beauty of the landscape before you.

(Or, if the weather is like it was last year, you desperately try to take shelter in one of the packed mountain huts, begging to be served anything hot that will help your bones defrost, wishing that the weather was clear enough for a helicopter to take you straight home).

Pushing Mobile Technology to the Limit

There are many people who have never made it to the summit of Mt. Fuji, and for many reasons (e.g. having a bit of common sense) never will. I’d like to share the experience of making it to top with those people, and in doing so push some mobile technologies to the limit.

You won’t usually find mobile network coverage on Mt. Fuji, mainly because the local inhabitants (volcanic rocks) don’t have much use for phones. However, every July, NTT DoCoMo switch on two stations at the foot of the mountain, beaming coverage up its slopes. Receiving these signals are two repeaters places on the rim of the crater, providing coverage around the two shrines up there. 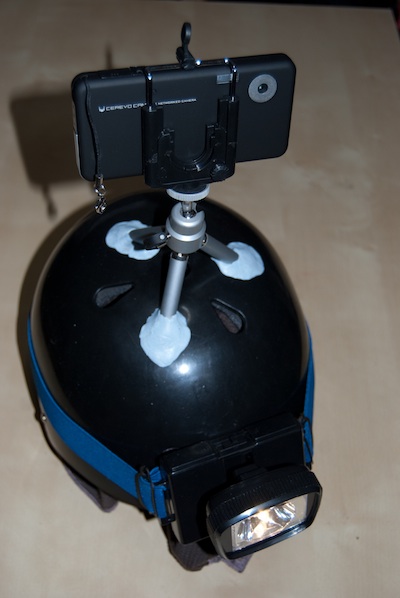 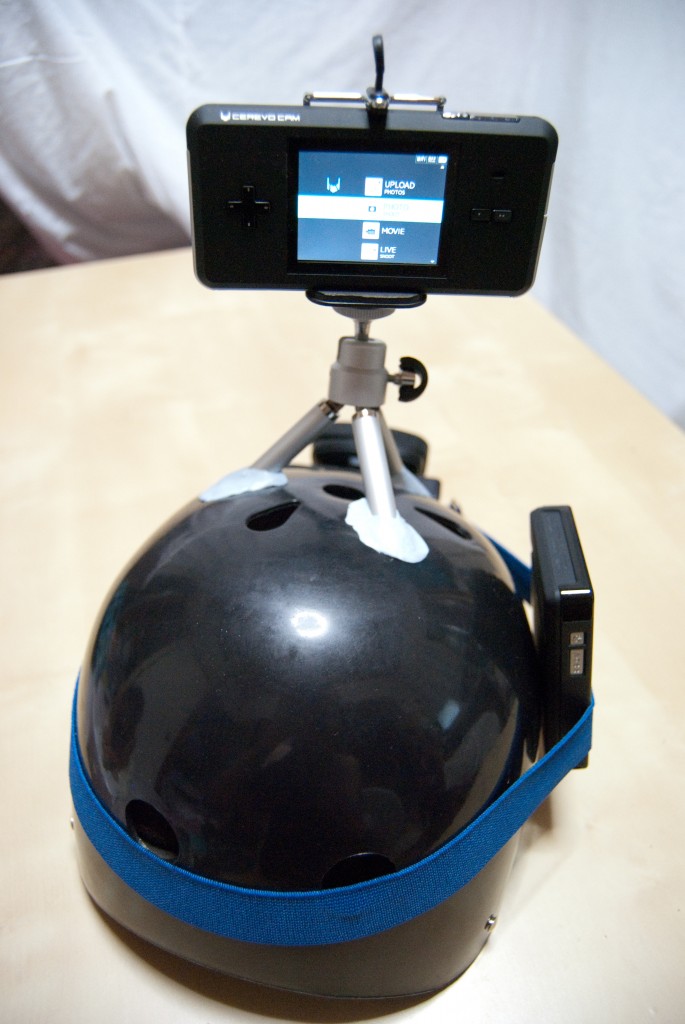 NTT DoCoMo have generously provided us with one of their new pocket-wifi devices, the Buffalo DWR-PG. Connecting to this will be the Cerevo Cam Live – kindly provided by the makers for this adventure. The Cerevo Cam, homemade in Akihabara, has built-in wifi, and connects directly to USTREAM (or their own Cerevo Life service). We’ll be using this for much of our trek up the volcanic slopes, and from the top, hopefully catching the sunrise. 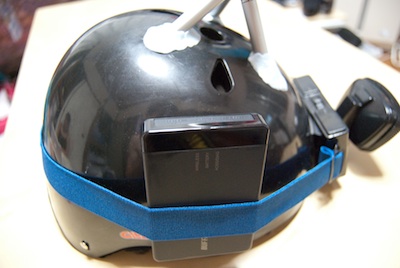 We’ll also have the iPad of Stamina with us, provided by Heather, owner of Rinkya.com (who’s also climbing with us). This will be connected via Wifi to the NTT DoCoMo network, and will be used to display YOUR Twitter messages of support for the team to read whilst struggling to the peak (hashtag #mtfujiTV)

We plan to do some kind of performance once on the summit – although are yet to figure out what this will involve other than coconut shells and a horn.

The live event, which will take place right here,  is planned as follows:

The live stream will be displayed on http://www.mobileinjapan.com from 7am (JST) on Tuesday 20th July 2010.

You can actively take part in this spectacle by sending your messages via twitter – just use the hashtag #mtfujiTV and it will be displayed for the whole team to see on the iPad of Stamina (and in our streams).

We’ll be watching our timeline and will try to be as interactive as possible during the climb. Also, follow me on Twitter @tamegoeswild for the latest updates in the lead up to the climb, and in the event that the video stream goes down.

It’ll be interesting to see just how much data we manage to push out. We’re not giving any guarantees here, so the whole project could fall flat on its face – but no loss if that’s happens.

Thanks to NTT DoCoMo, Cerevo, The Japan Times, the BBC and Heather of Rinkya.com for all of their support.

Special thank to @SteveNagata for his tech support, and @MikeKato for helping get all of this organised.