It was soon clear that watching movies was something I wouldn’t be able to indulge in during my prolonged break. In a revolt against my usual habit of staring at screens for far too many hours each day, my eyes would maliciously trigger a headache if I tried to look at anything more dynamic than the plant next to my futon.

Instead, I chose to listen to a few BBC Radio 4 Podcasts that I had on my iPhone. After about 10 hours I was done with them, and so switched to streaming new programs directly from the BBC website. (This is one of the great things about their podcast website – they provide mp3 download links which, when opened on an iPod or iPhone simply play the audio as a stream in the QuickTime player, skirting around the usual Flash / iPlayer locale restrictions).

I listened to What to Do If You’re Not Like Everybody Else (lots of swearing, totally outrageous). This made me laugh.

I listened to From Our Own Correspondent – one of the best programmes on Radio. Puts your own life in perspective. In one of the episodes a reporter in Pakistan talked about the horrendous flooding in Pakistan and its impact upon the people in affected areas. A woman sitting in the shade of a tree by the side of a busy road. She’s in shock. She’s just had a baby. Alone, by the side of the road. The baby has a fever; there’s nothing but wet rags to wrap it in.

I am so fortunate. I may well have a fever, but I have a nice comfortable futon to lie on, and a supply of clean dry linen. And I’m not alone with my newborn baby.

Seconds later we’re in Sierra Leone, where men have as many children as possible (up to 14 per woman that he controls) in order to tend the fields. Recently introduced tractors have suddenly started to turn accepted social practice on its head.

I listened to a whole week’s worth of Farming Today, and learnt about Bluetongue eradication the challenges the UK dairy industry is facing. I actually found this really interesting.

I listened to Costing the Earth in which they explored the environmental costs of various fuel extraction methods now used. In particular I learnt about Shale oil extraction, which has just been given a new lease of life through the development of technology that allows for horizontal oil wells to be drilled thousands of feet down. Needless to say, the impact upon the surrounding environment can be horrendous, with huge natural aquifers being polluted, and oil companies denying responsibility.

In Woman’s Hour I heard a wonderful extended interview with the 90-year-old  Dowager Duchess of Devonshire, responsible for many of the great changes seen at Chatsworth House. She talked about the time she had tea with Hitler, about growing old, about making changes at Chatsworth despite her being a Woman.

In Profile I learnt about Pope Benedict XVI – I’d known absolutely nothing about him before this week. Sounds like completely the wrong person for the job.

Naturally, I thoroughly enjoyed iPM – an interactive news program featuring listener’s news. There were more stories dating back to the war in that. It really got me thinking about the horrors that previous generations have faced, and how fortunate I am to not have been faced with anything like that.

A Week of You and Yours reminded me of everyday issues with utility companies in the UK – seems never a day goes by without some utility company cutting services to some vulnerable group of people at a critical moment. It was reassuring to know that some things never change. 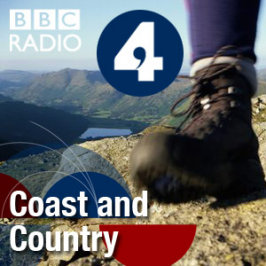 On Coast and Country they explored the pros and cons of Conservation Grazing – the debate centred on a Cornish moor where a vocal minority are opposed to the introduction of cows to area. In another episode, the closure of a 60-mile stretch of the Leeds and Liverpool canal was covered . That was another one I loved.

Material World meanwhile had me enthralled by the life of the European Eel. A creature I didn’t even know existed.

Crossing Continents was another though-provoking programme, of the same ilk as From Our Own Correspondent. In this episode Rupa Jha was investigating the impact of the huge rebuilding programme being carried out in the Indian capital of Delhi, as it prepares for the Commonwealth Games. This was a real shocker. Stories of families having their homes where they’ve lived for decades bulldozed to make way for new sporting facilities – and given no compensation whatsoever. A family of 12 living in a room the size of our bedroom – a room with no windows and a wet concrete floor.

Listening to all of these programs really helped put things in perspective for me. In the grand scheme of things, my illness was nothing. My life wasn’t in danger. There were many doctors in the neighborhood I could see should I want to (although such was my sense of security in my standard of living and general health that I chose not to, trusting that my body could deal with it by itself).

My family were safe, I had filtered water to drink, mains sewerage. Plenty of shops to buy all manner of foods from, and money in the bank with which to buy them. In other words, an incredibly privileged life.

It got me thinking again about what I *should* be doing. That is, am I right to stay here and enjoy this lifestyle whilst so many others suffer elsewhere with my doing nothing to help (other than make a regular donation to Oxfam and one-off donations in response to crises)? Shouldn’t I rather be going out there to some of these countries and helping alleviate the situation, as so many of the people I heard about on the various BBC Radio 4 Programs were doing?

My conclusion was that for the time being, I’m doing the right thing. I do have an idea that when I’m in my late 40s I will be doing something like that – but there’s a few things I need to take care of before that.

All in all, my enforced rest proved to be quite an educational experience. It once again reminded me that the majority  of us in developed countries have the ability to make big decisions regarding what we do with our lives, and act on them, without anyone stopping us. If there’s something  we’re passionate about, it’s just a case of getting on and doing it.

I was also reminded of just how much I love radio. I feel it’s a lot more powerful than TV in a way as it encourages you to actively create images in your mind, images which are then associated with the sound. That combination results in memories that are tough to shift. The runs I did last year  in Tokyo whilst listening to audio books remain vivid in my mind. The place I was, the scene in the story, the sound of the characters’ voices – all tied together in a kind of GPS-tagged virtual multemedia bundle.

I think I’ll do more experimentation with running and radio / audiobooks this autumn – see to what extent  I can populate my virtual map with rich memories.

And on that note I’ll leave you for now. Do check out BBC Radio 4, its a truly remarkable station.