It’s been three years since I bought my first Digital SLR camera. In the summer of 2007, just before my 9,000 mile trip by land from Japan to the UK, I invested in the Nikon D40x – an entry-level model that allowed me to get back to being creative with my photography, without breaking the bank.

Fast forward to 2010 and I’m back in Tokyo, surrounded by geeky friends armed with DSLRs that are leagues ahead of the D40x. Mostly in the prosumer category, these cameras are capable of stunning results in low light, something my old Nikon failed spectacularly at. Seeing the results online made me think about upgrading – the question was, how much was a I prepared to invest? The popular choice amongst my friends was the Nikon D700 – it was the D700 that @J3SSL33 kindly leant me for last week’s hugely successful Rock Challenge photo project). A beautiful camera indeed, but at about 220,000 yen (£1,700) it was beyond what I wanted to pay. Also, at almost 1 kilogram in weight it wasn’t as portable as I would have liked. 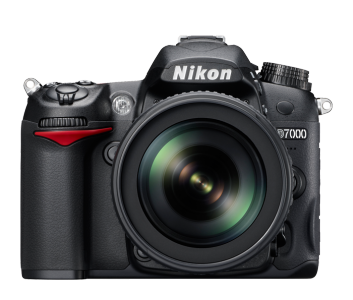 Two weeks ago I walked into Yodobashi Camera to see what the alternatives were, and what should I see but the brand new Nikon D7000. Released only a couple of months back, it has got rave reviews. So, yesterday I picked up both the Nikon D7000 and a 50mm f/1.8 lens. The lenses that came with my D40x work great on the new camera, so I now have a really nice set of three.

I’ve not really had a chance to use it yet, except for a few shots taken in the park this morning.

I must say, I’m delighted to once again have a great camera to hand. I love photography, but the last year has seen me almost stop altogether as I became increasingly disappointed with the D40x’s performance. I look forward to picking it up again!