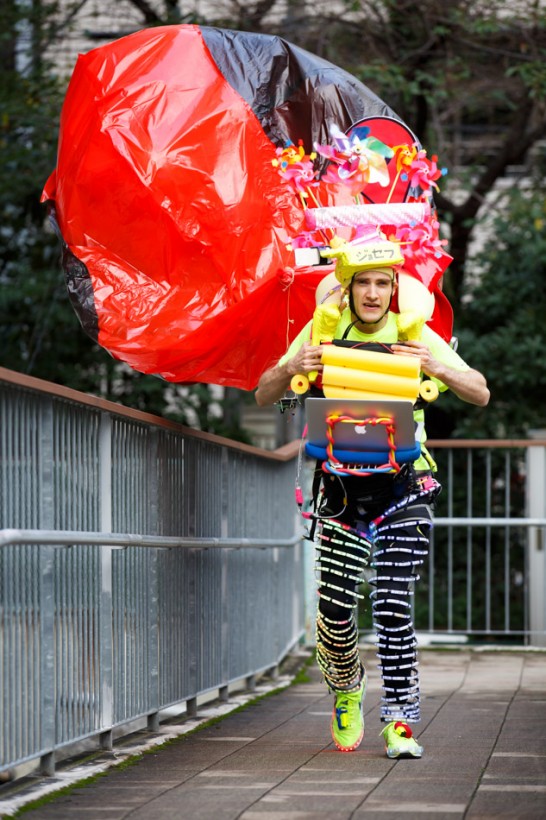 In September 2014, a group of 30 artists and engineers gathered at 3331 Arts Chiyoda to take part in a 3-day hackathon.

Organised by Ryuta Aoki (founder of VOLOCITEE Inc and curator of TEDxKids@Chiyoda), 3331α Art Hack Day 2014 was a part of the 3331 Art Fair, during which a wide range of exhibitions, workshops and performances were put on.

The team that I was a part of (Atsuki Kawahara, Gyoda Naoshi, Ryo Shiraki, Yuki Takada, Shiro Nohara and Genki Nakamura) decided to make something BIG. It took us a while to figure out what that might be, but by the end of the day we had a rough sketch of something larger than life, something that spanned the boundaries of the physical and virtual worlds.

Our piece, simply titled ‘I’m here’, was a giant Google Map pin, held aloft by 1,000 litres of helium. Reeled out from a robotic launch vehicle, it would float high overhead, whilst the attached auto-tweeting arduino-powered camera sent photos of the location to the online world.

The proposed use case was as follows: when you receive a message from a friend wanting to meet you asking where you are, rather than sending a virtual map pin, you would launch the balloon, which would then tweet a gps-tagged photo of up in your current location, with the message ‘I’m here’, whilst also acting as a very clear physical landmark thanks to which people could find you. 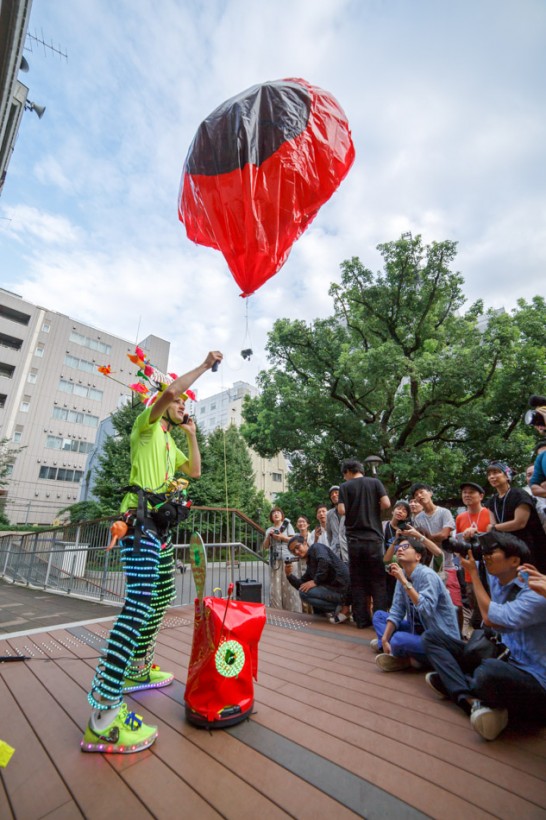 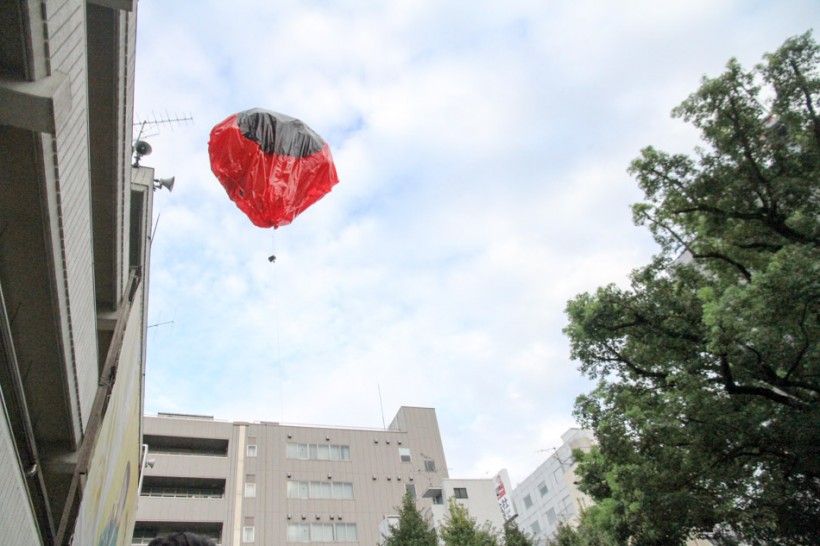 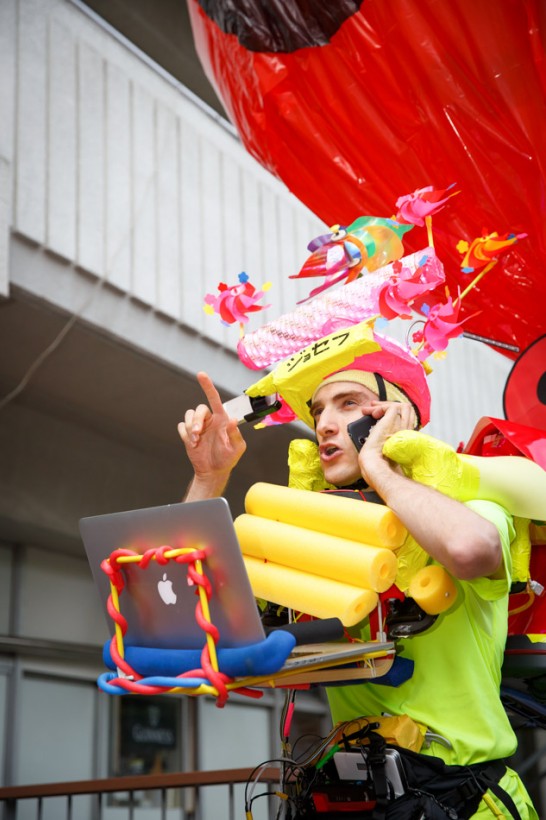 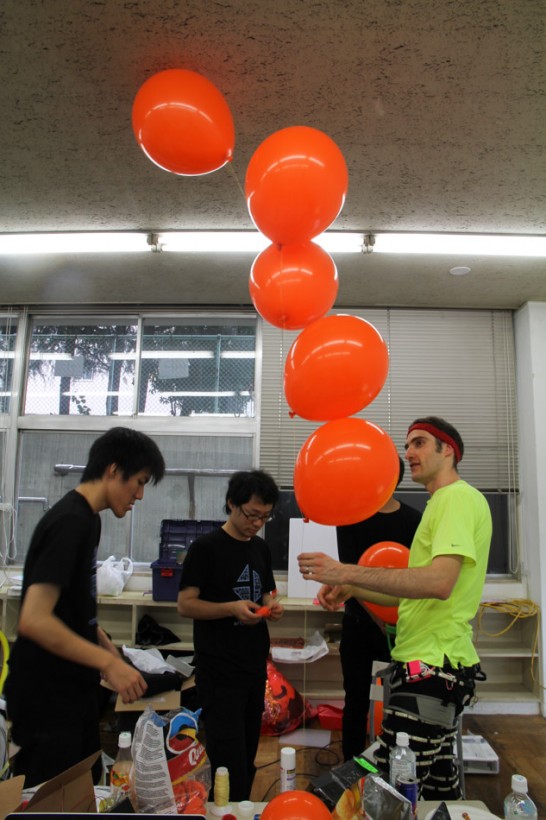 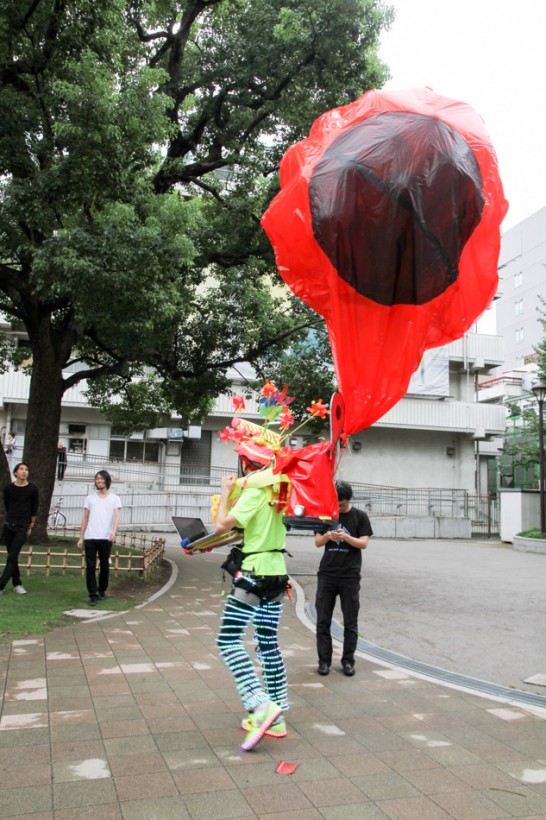 It was fascinating how the team brought their combined specialist skills together to realise this idea. There was web and arduino coding, physics and mathematics (related to the helium), storytelling, performance art and filming – each of us had a unique part to play (my contribution was focused on the presentation, as shown in the video below).

At the end of the two day event our team were both surprised and honoured to be presented with a prize (the Exonemo Prize acknowledging our vision, creativity and performance. As you can see, those judges like flashy stuff! 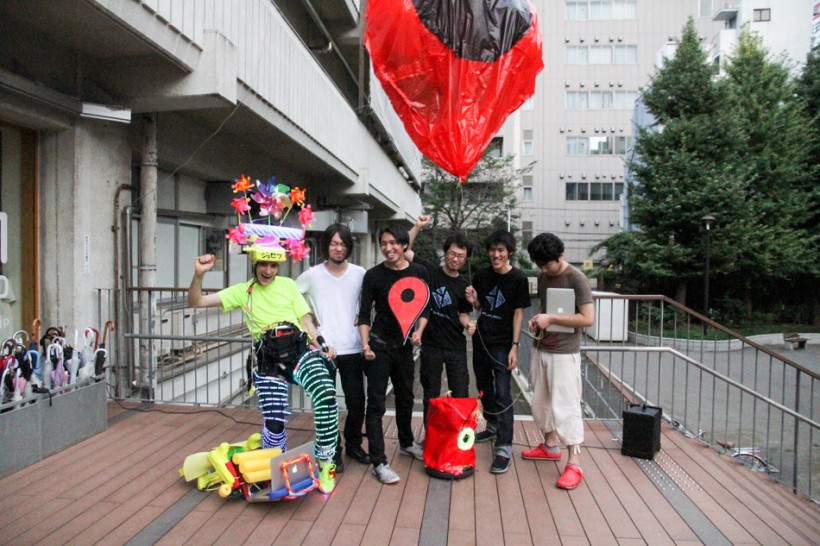 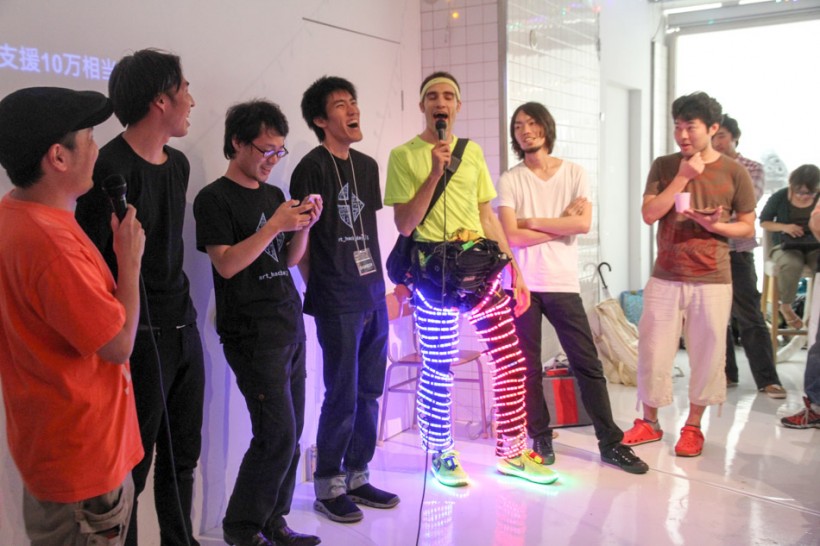 Whilst we have yet to be approached by investors I’m sure it’s only a matter of time.

Overall, the hackathon was a fascinating experience for me. I was really impressed by what other teams achieved in such a short period of time too – there’s some really talented folks out there, and when events like these bring them together, magic happens.