TameGoesWild started life in a youth hostel in Istanbul in 2002. It’s a personal space that I use to share my journey. The vast majority of it is stuck in a time warp that prevents it from being migrated to this new(er) site, but for now I have a couple of articles available, including the story of how epilepsy changed my life.

In 2011 I established Wild Tame Co., Ltd, a digital media production company, through which I now provide a wide range of services for companies both in Japan and overseas.

Past and present clients include 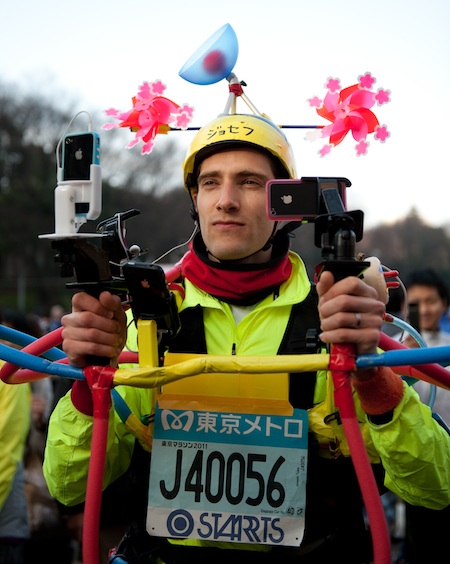 Over the past couple of years I have been requested to give live presentations at a wide variety of events, usually whilst operating the latest version of my ultimate social live-streaming machine, dubbed the ‘iRun’. These include:

In addition to the above work for clients, I continue to work on my own digital art projects. These include:

In addition to the list below, I have made numerous appearances on Tokyo MXTV, Fuji TV, NHK, TBS, BBC Radio. 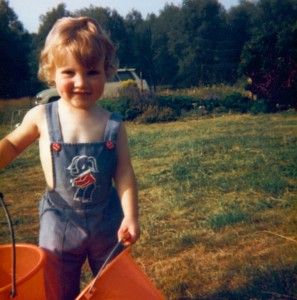 I was born into the Tame family sometime in the late 1970s. I must admit to remembering virtually nothing of my early years, in fact my memories are almost entirely formulated from old family photos. There is an exception to this: my little plastic peddle police car to which I was strongly attached and miss to this day.

When I was three our family of five children and two parents moved a few hundred miles north to Yorkshire, where the tea was strong and the local accent was completely incomprehensible. We spent the next few years moving house on an annual basis, before returning to the south – this time to the quiet farming county of Herefordshire. There I was enrolled at the local Waldorf School, and until the age of 16 I had the most fantastic educational experience within the walls of that community.

Age 16: “You have ultimate control over your life Joseph!”

In September 1994 I moved on to the local Sixth Form College. There I chose to study English, Photography, Geography, Theology and Theatre Studies.

Looking back I now recognise that it was in Theatre Studies that I learnt one of the most important lessons of my life so far. It was the first session when our tutor (who had a reputation for being completely mad) put a simple question to us. He asked us, where would you like to be right now? The most common reply was either On a beach in Hawaii or In bed with my girl/boyfriend. He then asked, Well, why aren’t you? Our reply – Because we have to be at college of course!
Why do you have to be at college? he retorted. Because, because, because we have to…!
So the conversation went on, until it was made adequately clear to us that in fact that was all complete rubbish. After all, weren’t we the ones who ultimately had control over our actions?

This struck me somewhat forcefully at the time, and has become a deep-rooted belief. If you want to be somewhere enough then you can be there. Do not grumble about your situation. If you don’t like it, change it. Don’t wait until you are ‘ready’ for that big change – you could wait forever. Live for today, shape your reality, be happy.

Age 17: Epilepsy changes the course of my life 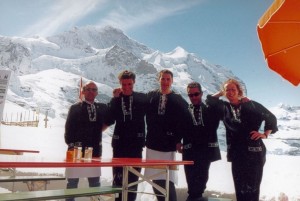 Halfway through college I was diagnosed as having epilepsy, resulting in the end of my first round of formal education. Upon leaving college I signed a five-year contract as trainee manager of my local convenience store, but only lasted eight months as a two-week break on a Greek island kindled my passion for travel. The following winter I spent in Switzerland, before moving on to work in America for three contemplatative months. I learnt some valuable lessons there, with the aid of 150 individuals from 30 different countries.

That led to my ‘settling down’ with my first serious girlfriend – we bought a house, a car, and soon had a leaking washing machine to complete the set.

It turned out that I wasn’t really ready for all that, and so after a year sold my half of the house to my (ex)girlfriend for £1 pound. In March 2000 I packed my rucksack once again, and soon found myself shovelling cow manure on a Swiss alpine farm – perfect for getting over a traumatic breakup – before returning to the hotel at Kleine Scheidegg where I would once again work as a waiter. 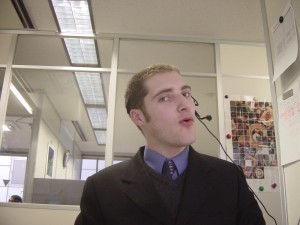 It was through interacting with hundreds of Japanese tourists who visited the hotel on a daily basis that my interest in Japan was born: in late 2000 I spent 6 weeks travelling from Kushiro in the north to Kobe in the south. With that I was hooked, and in October 2001 returned with a one-year working holiday visa. I soon found a job teaching English to 300 students over the telephone… the 15 or so set conversations I had over & over again continue to occupy my darkest dreams.

In late April 2002 I returned to the northern island of Hokkaido to escape the summer typhoons and high-humidity of Tokyo. There I worked near Niseko at a family run guesthouse, cooking meals, cleaning, driving a big tractor and teaching school children traditional English country dancing. 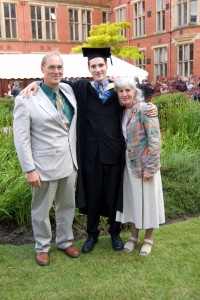 A tumultuous relationship combined with a fruitless fight for a visa which would allow me to stay in Japan, led to my returning to the UK with £17,800 of debt, and a subsequent bankruptcy. Then, in September 2004 I embarked upon a 4-year BA degree in Japanese Studies at the University of Sheffield; during that time I spent two months doing voluntary work in Japan in the summer of 2005, and a further year in Tokyo on my ‘year abroad’ at Rikkyo University. During this time I also recorded the podcast A Year in Japan, and took part in Oxfam Japan’s first ever Trailwalker. In 2007 I returned to the UK for a year (taking a 9000 mile overland route) and finally completed my degree program. 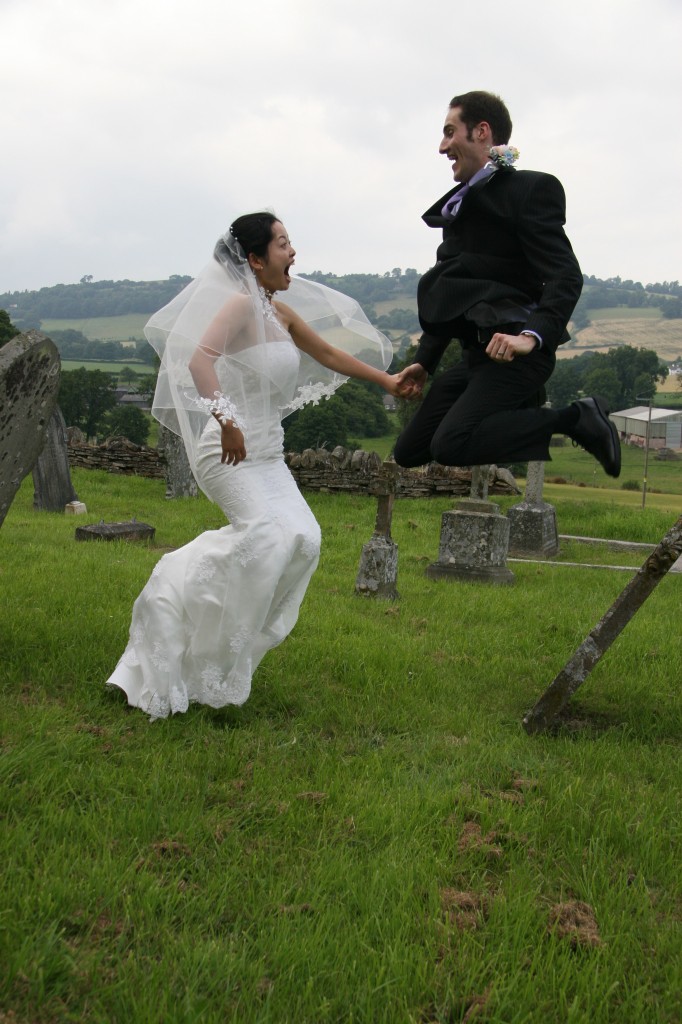 It was whilst carrying out my duties as secretary of Sheffield University Japan Society that I met my future wife, Satoko. Three years later, in the summer of 2008, we married and returned to Japan together to start a new life.

Whilst I had already been offered a job from outside of Japan with a well-known English Conversation School, I was not keen to take it – poorly paid, and with little job satisfaction. I blogged about my search for a job, and was fortunate to have one of my ex-colleagues read that post, and then go about securing me a job with my former employer. There I took on an admin role working as the middleman between a Japanese sales team and about 50 English instructors.

It was a very Japanese company, allowing me to learn a lot about how business is done here. However, after a little over a year I could no longer stand the ridiculous rules and power games, and so started to look elsewhere. Meanwhile, a concerted effort to make myself known in the Tokyo tech community was starting to pay off – not only did I now have a lot of friends, but I also had a network whom I could call on in my search for work. It was through this network that I came to work as Production and Marketing Director for White Rabbit Press.

My Tokyo Marathon livestream project (now in its fifth year) and associated craziness has led to my becoming known worldwide within the tech and running communities as the madman with an unhealthy obsession for live streaming. This has led to numerous opportunities for multiple national TV networks and major clients such as Nike.