Photos: our house and ‘garden’ in Tokyo 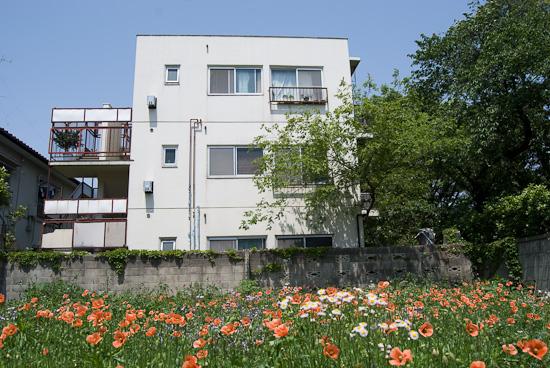 I’ve lived in a lot of houses in Tokyo, and I must say, most of them have been absolute dumps. They’ve been a combination of small, smelly, dingy, and totally lacking in a view. I still remember the classic view I had from my bedroom window in Asagaya – it was of the next building, 30cm away.

As regular readers will know, this time around we really did strike it lucky, being able to take over the contract from *Twinkle*s sister and her English partner (the two of whom are now living in Scotland). There was no key money, just 40,000 yen fire insurance and processing fee (and the deposit for my inlaws). The rent is treasonable (approx 100,000), and with it only being a few minutes from Gakugeidaigaku station in Meguro the location is great. Now that Spring is here I can hardly believe how fortunate we are to live here. The glass-walled east-facing side is a wall of green leaves blinking in the sunshine, through which we can see the fountain on the pond beyond. The south-facing side (that’s the one above, featuring my new homemade window-ledge garden and bird feeders, which are proving to be immensely popular with the sparrows) was going to be home to a new mansion, but the plans were put on hold, providing us instead with a beautiful poppy-strewn garden. Looking at these surroundings, I can hardly believe how fortunate we are, and how different this is from that cell in Asagaya, or the dungeon in Hokkaido located underground next to the sewage tank. Oh! And another dream of mine has come true – I have a new baby – a pineapple baby! I’ve only ever seen them growing once before, when I went to the semi-tropical islands of Okinawa in 2003 – before that I thought that they grew on trees! 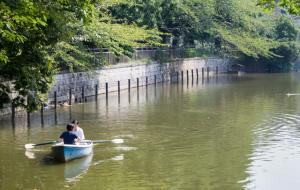 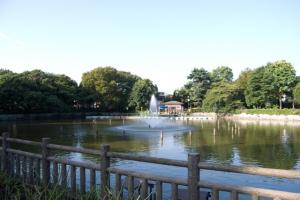 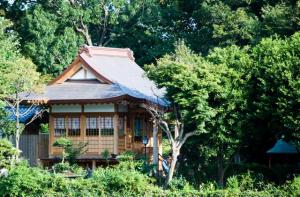 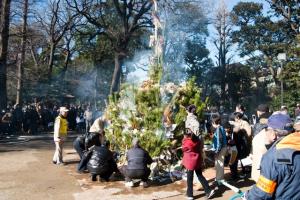 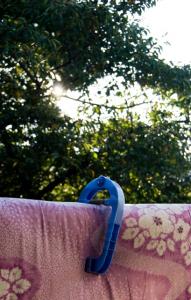