In the second of my Akiba updates for Metropolis Magazine‘s Podcast, the Metpod I featured an extract from my interview with Patrick Galbraith (author of the Otaku Encyclopedia) that featured on Japan Podshow episode 6.

I also talked about the new iPhone 3G 3.0 software (when I wasn’t planning on upgrading to the 3GS!)

I remembered tonight that I’d registered The Daily Mumble in iTunes – meaning it easier to subscribe to it as a podcast. It’s an experiment.

As you know, I’m doing weekly technology / Akiba sections for the Metropolis Magazine Podcast – the Metpod, but I know that some people are not big fans of podcasts …so I thought I’d repost my sections here after they’ve gone out in the Metpod.

I’ve got a bit of a backlog, so I’ll be posting 4 episodes tonight.

This first one was a pilot. In it I talked about the USB spy cameras that featured in a Japan Podshow video.

Japan is always ahead of the game when it comes to hair care. With more hair per square kilometre than over 76% of the earth’s surface, Japan takes it’s hair seriously, thus, when hair-loss situations arise, a whole variety of techniques have been developed to combat it.

Here’s one I tried last night – as you can see, it was a great success!

It’s a chance for Japan’s top bloggers, YouTubers and podcasters to gather and talk about past achievements, and make plans for future collaborations.

This was my second CGM, and looking around I was staggered by just how many people I counted as ‘friends’, when, just three months back I knew virtually no one in this arena. It’s a good demonstration of just how easy it is to get on with folks round here – they’re all so bloomin’ nice.

Here’s an experimental video I shot on a row boat in which I talk about last night. The video undergoes a big change 4 minutes in… 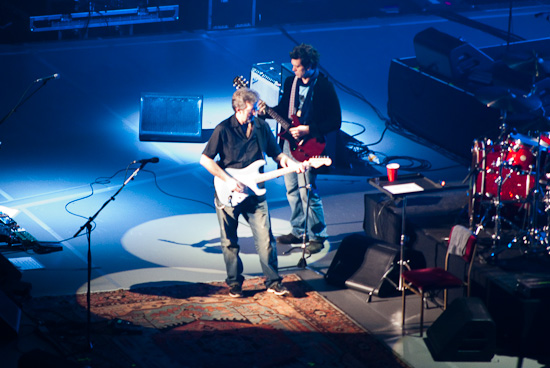