my friend is not well, and I feel very sad.

wind chimes in the woods

I am so happy

It’s such an exciting time of life. I feel so gripped by enthusiasm for the endless possibilities that life offers – it’s difficult to know where to direct my energies. If only the days were longer!!

As you know, this summer, I have chosen to devote pretty much all of my spare time to getting to grips with 2,042 kanji. This is proving to be tremendously exciting. I’m on target at the moment to complete the task in 8 weeks. I plan to move on to step 2 (where I learn the readings) when I get to Japan. I am determined to return to the UK in Sep 2007 with a good working knowledge of all the kanji. I know I can do it (I’ve even bought a touchpad thing, whatever you call them, electronic pen and paper that plugs into your pc, so I can use that fantastic Heisig review software).

We have so much potential. We just have to educate ourselves. I find learning so exciting. The pleasure it gives me to meet people who know a bit about Japan, and to be able to offer an informed opinion. Ok, so I’ve only studies at undergrad level, but that is a world away from you’re average Joe.

Another area I am devoting a significant amount of time to is finance. I am attempting to educate myself financially. I’m onto my third book now in the space of about a month – quite a rate for me, especially considering everything else I’ve been doing. I feel so fortunate to have had the experience of buying a house, having had a nice car on finance, having had a tedious job with ‘career prospects’, and having had huge debts which led to bankruptcy – I am so grateful to have gone right through this system that many people spend their entire lives in, failing to see that it could be any different. It’s not their fault; I blame our education system. Did you ever learn about credit cards at school, and what a bad idea they are? I know I didn’t.

My family have often joked in the past that they are relying on me to be the rich one. Well, the past few months have seen some interesting developments in this area, as my thinking has changed, and I’ve realised that it is perfectly possible.

I do find it difficult to reconcile my support for environmental and ethical movements with this desire to be financially free. Why? It’s the popular connection between money and capitalism and more specifically, nowadays, consumerism.

I don’t like consumerism. From an environmental perspective it has devastating effects. Think of all the plastic rubbish we buy from China, think of all that pollution in the name of economic development, (did you see that BBC documentary on it last night?). All these huge off-road cars congesting our inner-city streets, burning precious fuel and pumping out harmful gases. I don’t like these things, thinsg that I can;t help but associate with those who have more money than sense.

Thus, to be seen to be aiming to become ‘one of them’ is quite painful – it’s the last thing I want.

Thankfully of course, being wealthy does not mean that one need buy into this mentality. Being wealthy is not, in itself, a bad thing. It’s what you do with it that counts, right? So why do I want to be financially free? So I can but an Audi TT (must admit, I do rather like them)? So I can have houses in several countries and spend my time choking the atmosphere by flying between them all?

No, the reason I want to be wealthy is so that I can quit work asap, in order that I can devote myself to good causes and charity work, through which I can experience really meaningful and rewarding work (even if it’s just working here at the Welsh Garden Project for free!). I’d like to be wealthy enough to give substantial amounts of money to charities that I believe in, and spend significant amounts of time on the front line. I’d also like to be able to pay my sister back the 1000 pounds I borrowed off her 7 years ago – plus 50% interest!

It would be wonderful to be able to help family and friends, and spend my time helping others, rather than spending it working to make some big company rich, in the hope that one day I’ll get a nice pension.

Then there’s creativity. Photography. Writing. Videos. The sharing of these online. They excite me so much. That’s what led me back to the keyboard tonight. I went to bed about an hour back, then thought I’d just watch a short video on my iPod. A video podcast, made by someone just like you or me, and posted online for download on a regular basis. I watched one, then another, and another, and ended up watching over 15 video shorts. I subscribe to a lot of Podcasts now, both audio and video. 29fragiledays. TechToysTokyo (teehee), about 6 Radio 4 feeds (Start the Week tops the bill in my book)… I find it fascinating listening to and watching other people, and even more fascinating to listen to and watch other people through the eyes of other people. Technology really has had a huge impact upon my life, especially such things as RSS feeds, which mean that everyday I am exposed to a while host of different ideas and opinions, without having to spend hours hunting down different sources. Lazy? Maybe. But to be honest, time is just too precious to be spent trawling the net, I’d rather have it come to me, and then take it all in whilst chopping logs in the beautiful Welsh countryside.

I am immensely grateful to have the opportunity to live and work here on the Welsh Garden Project. I really do feel blessed.

And there’s so much else I want to do. All these history books on the shelf (that I’ve wanted to read for ages) may go untouched, as I keep on ordering others from Amazon that I want to read even more!

Gawwww life really is fantastic! And my God, am I lucky to have met *Twinkle*, who shares many of my passions. (No, not just that!!) I have no problem with committing myself to her. It’s taken me a long time to reach this stage, it’s been a long journey, full of great joy and great sorrow, but not a single moment has been wasted. Even those years that I thought at the time were spent carelessly, I now see were oh so necessary for me to reach this point where I am today. That being, on the verge of a whole new chapter with eyes wide open to embrace the opportunities ahead.

Hee hee. I really am happy.

What do flies do when it rains?

It’s been raining today. Non-stop. I rather cleverly left my Tilley Hat on the branch of an oak tree this morning. Soaked to the core, just as I was after an hour or so spent extracting a tree stump from the meadow with my bare teeth. All this rain though led me to think,

“What do flies do when it rains?”

I found the answer just outside my window. 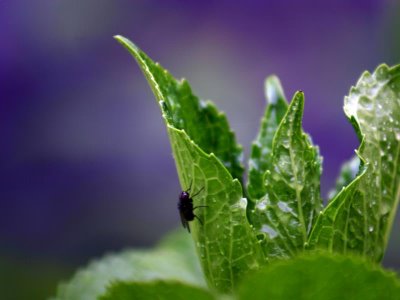 This wee beasty has been sheltering in the same spot since about 11.30am. Couldn’t see any sign of tea or coffee being served under that leaf, which leads me to believe that either (a) flies don’t drink tea or coffee or (b) they do, but the cost of importing fly-size teacups from China is prohibitively expensive. One imagines it would be. Duck Tax and all that. You’d have to order about 6 months in advance too, and time it to coincide with the annual migration of Mr. Quack. I wonder if swans ever find illigal immigrants in the form of fleas and the such like tucked away in their tail feathers when they arrive in the UK?

There’s a huge number of tits around at the moment. I’ve always loved photographing tits, but more often than not have found the results to be quite dissapointing. Need a good telephoto lens so as not to be spotted by the bird. If you are detected, you tend to end up with shots like this.

All legs and no breast.

What a great Tit shot. 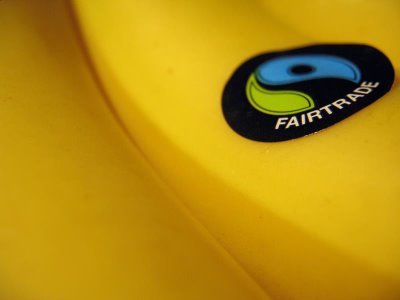