Recently, a friend of mine went on a trip to Jordan. Upon her return, she presented me with a gift, in the form of two .jpeg images. 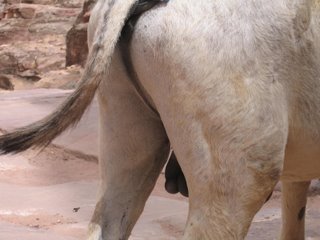 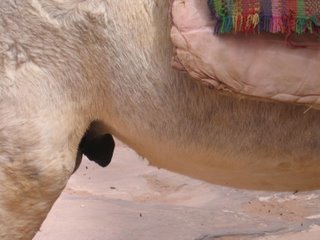 Being a regular Mumbler, she knows how much I rely on people searching for “Horse cock” on Google – they account for just under 10% of all traffic generated through search engine queries, despite the initial lack or any equine erections on TGW.

Thus, whilst in Petra, she very kindly photographed these Jordanian specimens, for display on TDM. Until now, we have only had the plastic penises for entertainment.

I thank that dear Mumbler for her thoughtfulness.

She also mentioned that she’d had a look under the camel that she was riding, in case it leant itself to internet fame, but it appeared to be lacking in genetalia. My thinking on this is that this is the result of a tactical maneuver by the camel to avoid having its dongolong chafed by the scorching sand that its hooves throw up.