The 4 attendees were treated to a talk by Big-Charlie, well known for his recent partication in the TV series “I’m a Fish Get Me Out Of Here”, in which participants are put into a pond notorious for its high number of Big Creatures sticking their rods in. 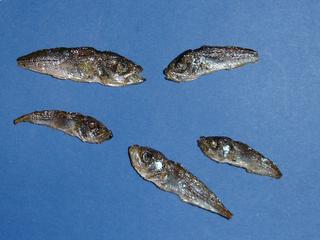 The participants, who are airlifted in with the assistance of Harry-the-friendly-stork, arrive without packed lunches; the goal is to try to survive for as long as possible without giving in to the temptation of biting on any of the worms left dangling just below the surface by the Big Creatures – these worms are now known to be the cause of numerous dissapearances of fish throughout the country.

Big Charlie, who lasted for 2 weeks on a diet of green slime and a discarded tube of lipstick, won the competition when he became the first (and only) fish to escape the pool, by building an otter poo-propelled rocket that lifted him out of the pond and into the adjacent river. The footage of his dramatic bid for freedom has since shot to number one in the DVD charts.

Following Big Charlie’s rousing speech about character-building, in which he told the tale of his father who became the first fish ever to shop at Ikea (in order to buy a special glass bowl for his mother’s pet plankton), the group of 4 lady fishes debated the ethical dilemmas surrounding the use of the latest products to be released in the Loreal FishSkinCare range, since it emerged that the company also produces cod liver oil-based supplements.