The holiday, which commences in 55 minutes in the form of a night bus to Kansai, has come at just the right time. Really reached crisis point today, what with receiving results of my kanji test (failed, as expected), and once again feeling like a complete idiot in class. Must start reading at home.

And I KNOW one shouldn’t compare …but thingy next to me got 95% for his kanji test!

I felt so crap that for for the first time ever in my uni career I decided to skip a couple of lectures and go home. So I did. They weren’t exactly critical anyhow. Ha! RAAAAAA what a rebel.

Anyway, we’re off for 6 days now, away from all the crap, should be grooovy, I’m excited already 🙂

When discussing with the hairdresser how I wanted my hair cut, she said

“We’d best not cut the top, especially near the back.”

Well, don’t beat about the bush now will you?! I’m already perfectly aware that I’m going bald. At least she didn’t use the specific Japanese word for “balding”.

Oh, and incidentally, they must have seen that video of me using a vacuum cleaner to rid my head of loose hair after I’d cut it, as they did the very same thing to me. Vacuum cleaners with very long tubes coming out of the walls so they were. 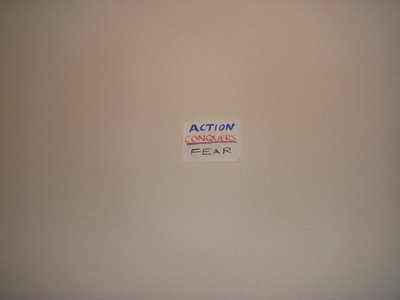 tags: Feel the fear and do it anyway | Daily Mumble

You may accuse me of being obsessed with *Twinkle*. You would not be wrong by doing so.

Thanks to our hosts Tom and Miyu for a fun evening, and safe journey home to Toshi and Hannah! 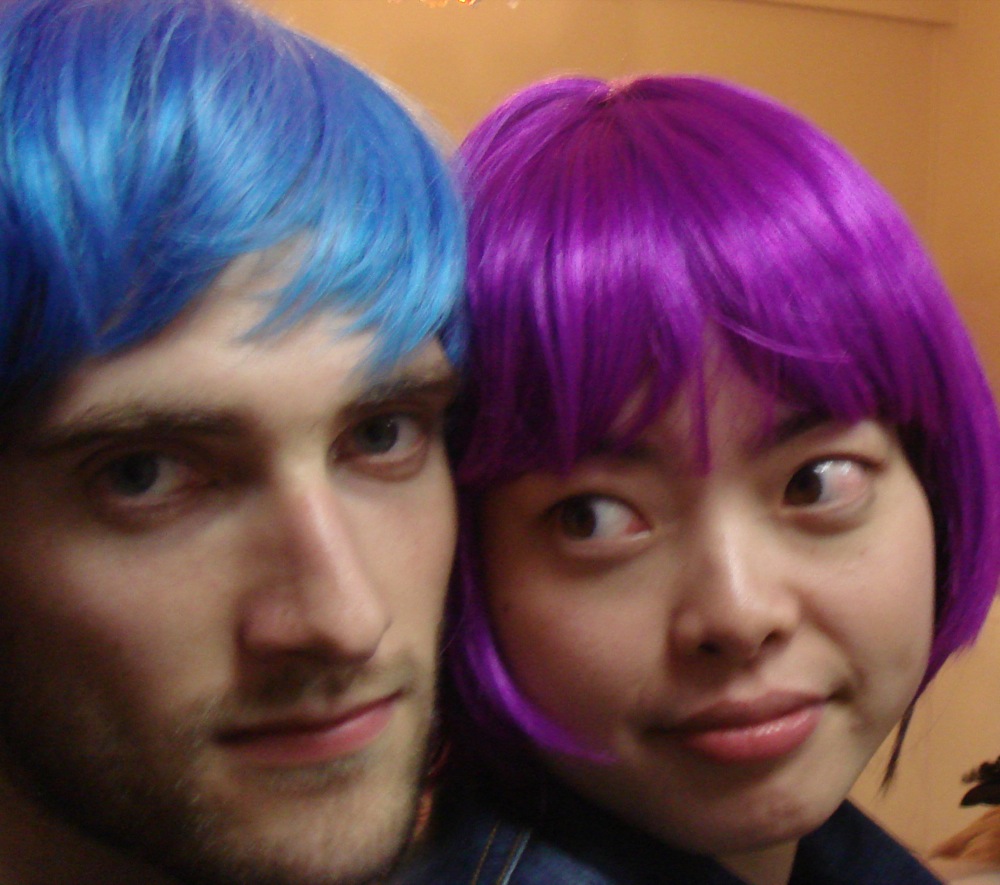 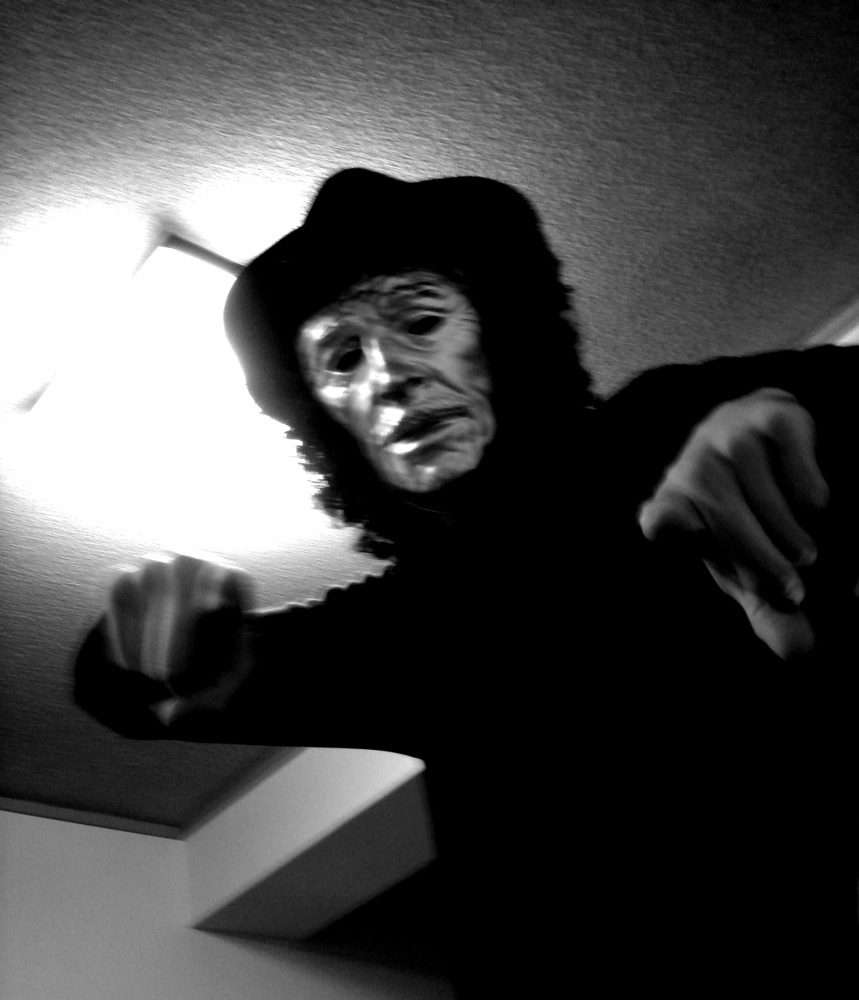 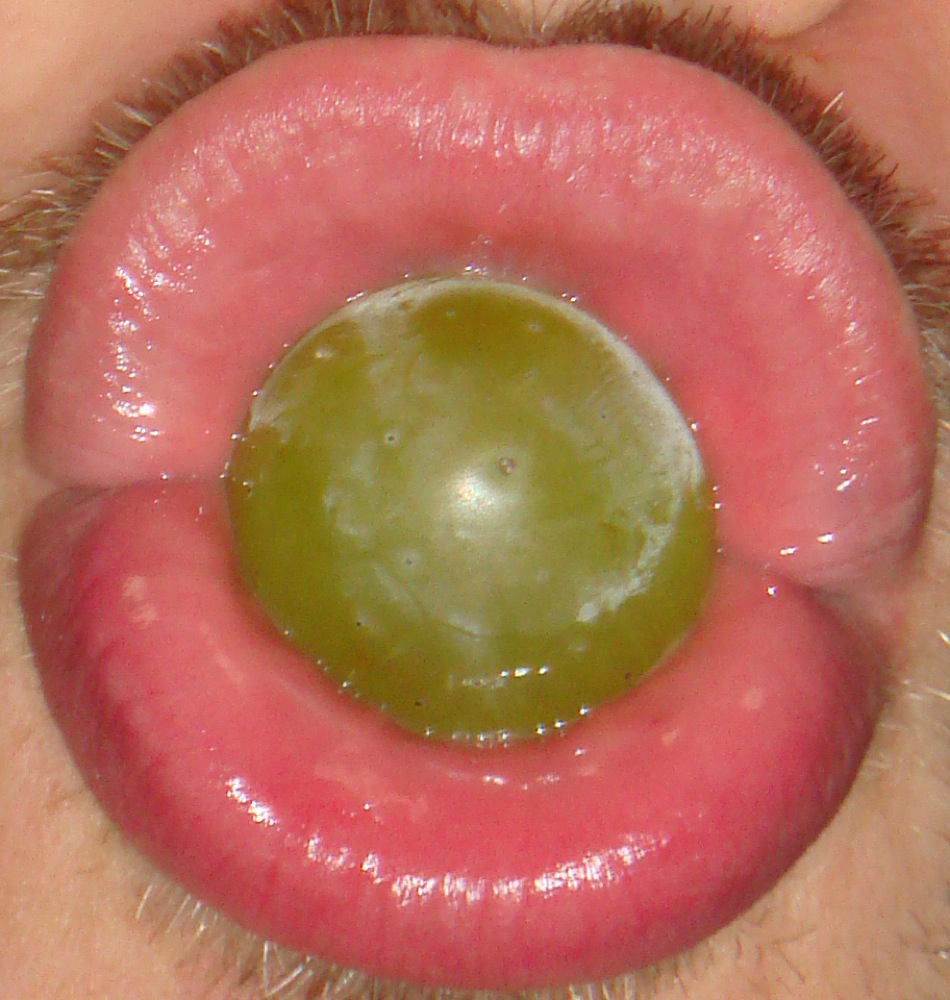 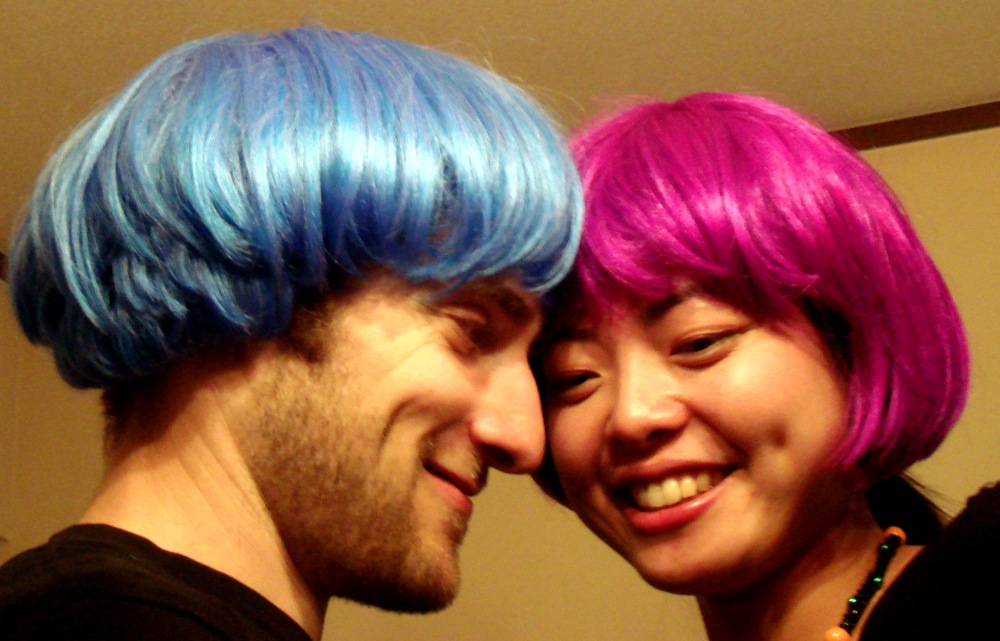 I have the power

I felt like such an idiot in class today. Combination of too much annoying the neighbours last night, and a very early moring in order to make it to the Immigration Bureau before the queue stretched all the way back to Korea, resulted in one very tired Joseph, and very tired Joseph’s can’t read Japanese. It was quite horrendous, I even struggled with the Hiragana (that’s the easiest of the 3 scripts), having to pronounce each one individually until I realised what the word was, then said it again. I don;t normally mind making mistakes in class, we’re all friends, but this morning I actually turned red and promised to make *Twinkle* give me a good spanking when I got home for being such a bad student.

These past two weeks I have felt completely stoned. Slow to respond, having trouble recalling things. Language ability doesn’t feel like it’s coming on at all. Examples I give in class of new grammar points tend to be correct in themselves, but omit the very grammar point that they are supposed to demonstrate! It’s a novel experience, feeling like a complete idiot in the classroom. Oh, and that kanji exam – I ran out of time – only got 3/4 of the way through the paper! Why we need to know the word “Semiconductor” at this stage I don’t know.

Despite all this, I’m not feeling particularly down. I am combatting the negative experiences with positive thinking, thanks to a book *Twinkle* brought with her from the UK. I prefer to think of now as the low point, from here on my language can only improve. OK, so I keep on forgetting the word for ‘memory’, but at least I’ve stopped saying “yomerarenai” instead of “yomenai” (group two verb, “to read”, in it’s negative-potential form i.e. “can’t read”.

It’s been so nice having *Twinkle* around again. We spent the night at her family home the other night (hope we didn’t wake the rents in the room below…), then the following day went out with mum and dad to a gallery, and then sushi. Doing the getting-to-know-them thing. They’re lovely. I like her family very much. Following conveyor belt sushi (the four of us ate as much as we could – with the total bill coming to only £20…) On Wednesday we’re off to Kansai (Kyoto / Osaka / Kobe / Nara). Will be good to see some friends and chill out. My first proper trip out of Tokyo in 7 weeks too, with the exception of those few hours in the mountains last week.

Oh, I forgot to mention, *Twinkle* got the job she was after, with a bloody good company. Commencing Jan 07, it’s gonna be hard work, but a fantastic opportunity to learn more about how we’re gonna get rich. The starting wage is damn good too, considering the peanuts most people get paid around here.

It really is a battle, this getting-the-balance-right thing. I don’t think I’ve ever felt so many demands on my time whilst simultaneously feeling so in-control in regards to how I allocate my precious hours. It’s ironic that the lack of a feeling of helplessness makes it all the more challenging! No, take the control of my life away from me! Someone pull my strings. Damn Steiner education…

Oooh, I got my permission to work stamp/ certificate thing today (thus the trip to the Immigration Bureau, a dissapointingly efficient place these days. I was in and out of there within 6 minutes this morning), thus I can add a part time job to the list of thre billion things to do in a day, once i find a company that will accept a bumbling halfwit who struggles to communicate in his native tongue, let along japanese.

We’re off to a halloween party in a groovy little club near Omotesando tonight, thanks to Tom for getting us on the guest list! *Twinkle* is looking damn sexy in her new outfit which we chose just for the occasion, I’ve managed to persuade her that a dress that low cut is perfectly ok for a fancy dress party. I’ll just have to restrain myself from dragging her off to the toilets half-way through the night, dressed in my scary Phantom Of The Opera Mask and top hat & wig…

And with that, he was gone.

tags: Japanese | i can do anything | halloween | Daily Mumble

In case you weren’t aware, Firefox 2.0 was released today, and you should ALL be using it to read The Daily Mumble. It’s faster, and more secure.

MS Internet Explorer users will be shot on sight.