As we all know, the Japanese eat sushi morning, noon and night, every day, 365 days a year, except lunchtime on the 25th of December when they go to KFC for a traditional festive feast of Chicken Nuggets.

So what does one do as a foreigner faced with having to eat sushi (literally ‘vinegared rice’) for the duration of one’s stay in Japan, when one can’t stomach the idea of eating raw fish?

Well, fear not, for there are non-sea food varieties available too. Such as this delicacy, which I came across this morning whilst browsing the breakfast menu. If Roast(s) Horse is not up your street, why not cast aside your fear of raw fish, and go for the Bastard Halibut? What I’m wondering though, is how on Earth they manage to establish whether or not a fish’s parents were married when they spent that romantic night shagging away under the corals?

Bananas’ silence says it all Thursday 30th November, 8.30am, Between Ikebukuro and Oyama on the Tobu Tojo Line. I asked them where they were going. They didn’t answer.

This leads me to believe that bananas can’t talk. 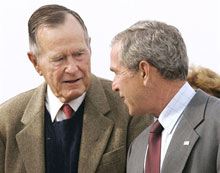 I’m just taking the pylon for a walk dear 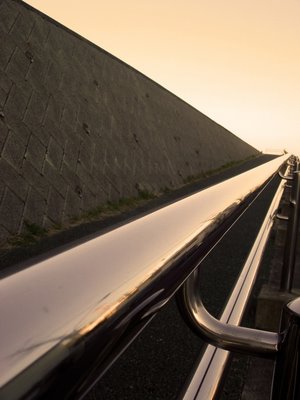 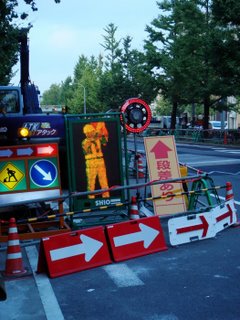 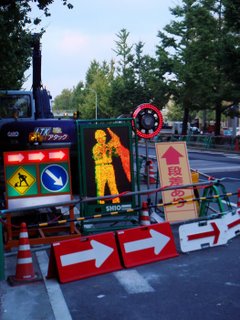 How to park a bus in Japan

It’s a well-known fact that space in Tokyo is not something that is taken for granted. Houses the size of shoeboxes, ceilings only 4 foot off the ground – you name it, all manner of methods are used to make the most of every last square metre.

And it’s no different at the headquarters of Nippon Chuo Bus Company, where, faced with the seemingly impossible task of parking 12 coaches in their courtyard, they decided to take the idea behind multi-storey car parks to a whole new level.

One just hopes that the driver of the bus at the top remembers to ask his mate in the bus at the bottom to shift his vehicle before he presses the DOWN button.