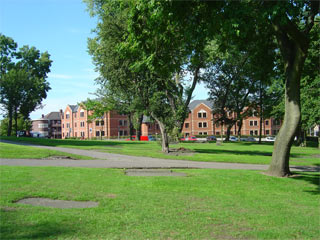 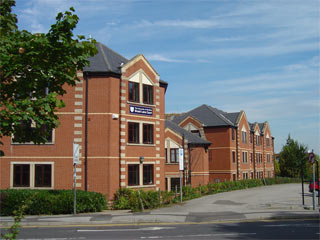 Yesterday, whilst out cycling behind a convoy of dumper-trucks which were equipped with special pro-dust tyres, Jon and I came across a little zoo. It was rather an odd zoo, being as it was situated in the middle of nowhere, I mean, really, nowhere, like a place where no-one would even go even if they were completely in search of nowhere.

Amongst the inmates, all of whom were somewhat stationary in their approach towards life, was this panda. He was obviously completely stoned, as when I asked him why he was rubbing his tummy and patting his head he said:

“yeah man, it’s unreal, innit. I was like, sitting here, and then the local council came along and gave me this bad of leaves. They said it was like, called bamboo man… yeah, bamboo…, but I know it’s marijuana…”

(at this point Panda started to drift away, so I threw a bucket of water over his head).

“Ah, thanks man, I was really spacing out there. So, yeah, they gave me these leaves, and I started eating them, and hey, I just feel so mellow. They come every day. They’re like, council people. Hats. They wear hats and say hi and give me leaves man…”

I could see that asking him about his opinion on zoos in general, you know, Conservation or Cruelty etc, wouldn’t provide me with any great insights, so I decided to talk to the elephant instead.

Now with Ellie, I had exactly the opposite problem. It seems that in a bid to make her more animated, the local council had decided to get her addicted to coffee – as can be seen in this photo in which she’s sucking the dregs from a can of Cafe au Lait. She was so frisky, possibly in the sexual sense although I didn’t hang around long enough to find out whether or not that actually was the case, that it was impossible to have a decent conversation.

The way she was galloping around the place suggested that she was completely oblivious to the fact that she was secured to the grass by a huge lump of concrete.

Mind over Matter I thought, what a great lesson for us all there.

My first book – Not on sale now!

Here’s the first glimpse of Book One in the Tame & Twinkle series – 20 pages of pure unadulterated raw photos of nice things. And mightily happy with it I am.

Unfortunately it’s not available for you to buy just yet. Unless you pay me lots of money. Like, £15. Plus postage.

And it was all done on a Mac. And on a press somewhere in Holland.

Yes, this week saw the publication of the official Cherry Forecast, a report that is compiled every year by Japan’s top meteorologists in conjunction with a highly trained pack of wild dogs whose noses can sense the oncoming of the annual bloom, up to 2 months in advance.

The Cherry Forecast has a huge impact upon the Japanese economy, as it tells the breweries (who make up Japan’s biggest industry) when they need to airlift extra supplies of alcohol into thousands of public parks all around the country. 80% of the revenue generated by these sales is taken by the government and put into the Bridge Fund, a huge pot of money that is used to construct the many bridges seen all over Japan that neither cross rivers nor have roads joined to them. (Their sole purpose is to provide employment opportunities for local construction companies, and to line the pockets of various politicians through approved methods of bribery.)

It is estimated that up to 78% of the population take part in ‘Ohanami’ (cherry blossom viewing parties) ever year, with prime spots in Ueno Park (Tokyo) being reserved by people sitting on blue tarpaulins up to 2 weeks in advance.

(all facts and figures in this report are courtesy of the TGW fountain of knowledge. The accurateness of which is open to question).

My old bedroom makes it into Gran Turismo 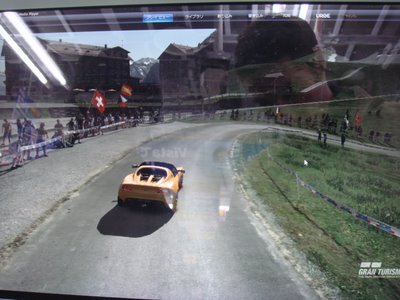