In 1997 I spent 3 months working as a ‘counselor’ at Camp Jened, a holiday camp for adults with mental and physical disabilities buried deep in the American outback about 3 hours north of New York City.

One of my best friends that summer was ‘Steady George’, who tended to refer to me a ‘great pork chop’. I remember sharing many laughs with him; he was a great inspiration to me then, and remains so to this day. 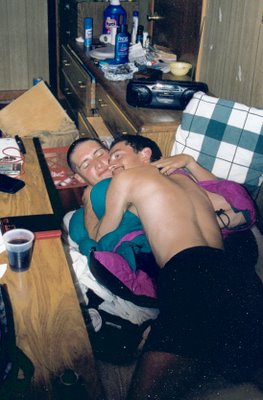 George gets friendly with me

I’m delighted to say that 10 years down the line we’re still in touch. It seems he’s been keeping himself mightily busy, and has recently featured in this magazine article, which tells the story of how he has overcome his cerebral palsy, in pursuit of his dream of becoming a sportsman. He has devoted his life to helping others with disabilities achieve their dreams, and by the looks of things has been mightily successful at doing so! 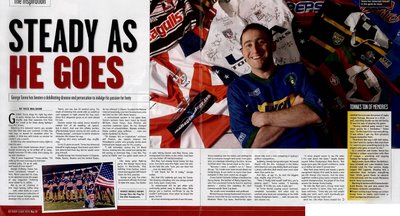