The first exam was what could technically be classed as ‘a bit of a disaster’, in that I was unable to do anything but guess at the answers. Still, I prefer to think of it as an insignificant afternoon class which was tougher than most. I think it accounts for 30% of the final mark for that module, so even if I did do very badly it’s unlikely to result in a fail.

Yesterday I studied solidly for about 8 hours. The study took place in a few cafes, oh, and from atop a cherry-picker too, owned by a friend of mine who was driving round counting people for the 2007 census. I hitched a ride – it was up there that I got this shot, which has been commissioned by the makers of Where’s Wally? for their next publication. 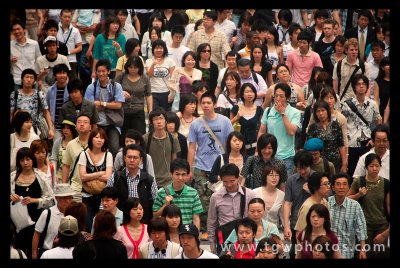 A note to myself:
They say that when one is on the cusp of achieving something wonderful, some long-term goal, your efforts will be sabotaged. The powers that be will send great challenges to trip you up, just as the finish line comes into sight. This has happened to me this week, although I can’t divulge in what area of my life (it’s not education).

I’m now wondering though, was it the being aware that we are often tested as never before just prior to a great victory that brought on this unforeseen challenge, or would it have happened even if I had been ignorant? Personally, I’m going for the latter.

Knowing that this is most likely to be a test by the energy that is, I feel reassured; it makes me realise that this is just how it’s meant to be, and I should persevere, despite signs that could be interpretated as saying this is not the right thing to do.

Crikey, I really love life, it’s so exciting. There’s just so much to discover, and that’s even before you look outside of your own little circle of existence! And then when you do, you find Bjork!

Mind you, I’ll love life even more when my exams are over.