A quick video blog in which I talk about feedback received following the Susan Boyle escapade, spring, podcasting and happiness. 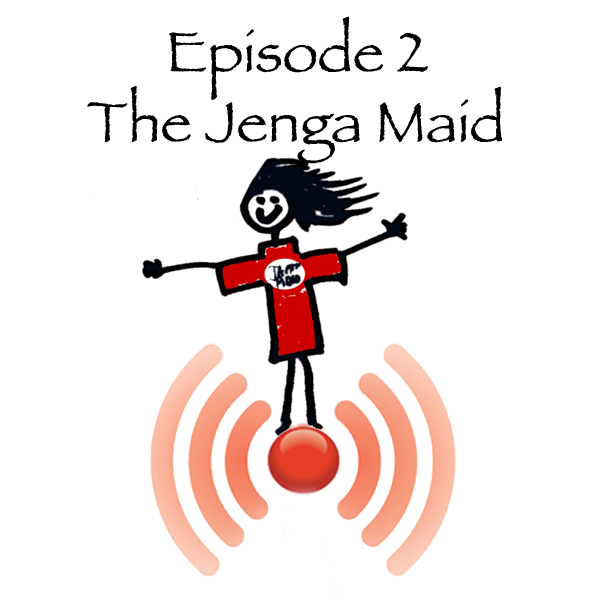 Hope at the Hilton

Last night I was very fortunate to be able to attend the 10th annual charity gala event in aid of Hope Japan, a non-governmental aid agency that works to provide safe drinking water to families in third world countries. It was held at the Hilton Hotel in Shinjuku – part of Hope at the Hilton Week.

I’d been invited along by John Janzen of FatBlueMan, whom I first met over Skype a couple of weeks back when doing an interview with him for episode one of Japan Podshow. John has been a supporter of the organisation for some time, and recently has written two songs for the charity, used in their fundraising campaigns (one of which we played on the podshow).

As well as providing live music at the event (alongside the excellent Secret Ocean), John had been asked to gather together a team of YouTubers who might be interested in making a trip to Cambodia later this year.

Every year, the charity takes a few top execs out to its projects in South East Asia or Africa to impress upon them just how important their work is, and how much of a difference the support of big business can make. Listening to two of the people who went out last year speak about their experience meeting a family whom we’d just seen in a video was quite moving …and it got me thinking.

This year Hope is going to be doing something different. Instead of sending some execs out there, they’d like to send a team of YouTubers – people with a different perspective on things and the know-how to use the incredible media tools that are now accessible to anyone as leverage to spread the word about their work.

Whilst I don’t see myself as a ‘YouTuber’, I am someone who is fascinated and excited by the potential of these tools that we have at our fingertips. I’m particularly interested in audio and video – it’s only now I have a really decent computer that video is actually a possibility (or at least it would be if I had a camera!)

Going back to the charity aspect: this is also something that interests me. And I know that this is one that I have to look into as John introduced Hope to me at exactly the moment that I was thinking deeply about the value and potential of creating an online community (which is my medium-term goal) – synchronicity.

So whilst I don’t yet know if I’ll be heading to Cambodia later this year or not, last night’s event did serve as a reminder that I do need to work charity into the reason for my doing all this.

Whilst geekery is fun, sometimes I do wonder what the point to it all is. If, ultimately, it doesn’t contribute to the overall good of society, then it could be entirely pointless. Just a waste of precious time. But put a valuable cause at the end of the road and suddenly there’s a burning reason to continue to push original material out there, to grow a community, to create a movement of sorts.

I tend to do a lot of my thinking and concluding when either talking with others, or writing, and as I sit here in the bookstore cafe just around the corner from Shibuya station, I can feel the tension rise in me (that’s Japanese-style tension, which unlike the non-Japanese tension is a very good thing). This idea is clearly in accordance with my core values, with what ultimately drives me to act – that is, making a difference.

I’d like to say a big thank you to John for inviting me along, and I look forward to working together.

I’d just like to finish by briefly writing about a conversation I had with Danny Choo last night.

Danny Choo is most well known for his love of figurines, dancing around Tokyo in a stormtrooper outfit and his love of Apple Macs (he recently installed Mac OSX on a Dell Mini, something I can see myself doing in the future.. He has an which sees over 2 million unique visitors every month, and is usually the centre of attention at events such as Tokyo CGM.

But it wasn’t for any of those things that I first came to hear about Danny. It was rather due to his attitude towards life, as documented in a small corner of his website (which I can’t find at the moment, but I did find his story of why / how he learnt Japanese). I recall reading (following a random google search) what he’d written about self-actualisation, and agreeing wholeheartedly with him. At the time that served as another little prod to get me off my arse-of-fear and into action.

Meeting Danny last night confirmed something else about him that I previously guessed to be the case – he’s a thoroughly nice guy. He knows how to listen, and has a great skill of reading people. He is generous with advice on things that he is well versed in, and humble in learning from others in areas that he is not so familiar with. With all this in mind, it’s only natural that he should be as successful as he is.

We’re fortunate to have him here in Tokyo.

Anyway, I have a tonne of editing to do on episode two of the Podcast, and for some mad reason I’m actually going to start another mini-podcast this week too.

Exciting times. I hope I can sleep tonight.