It’s a little late, but I have a card for all you Mumblers! 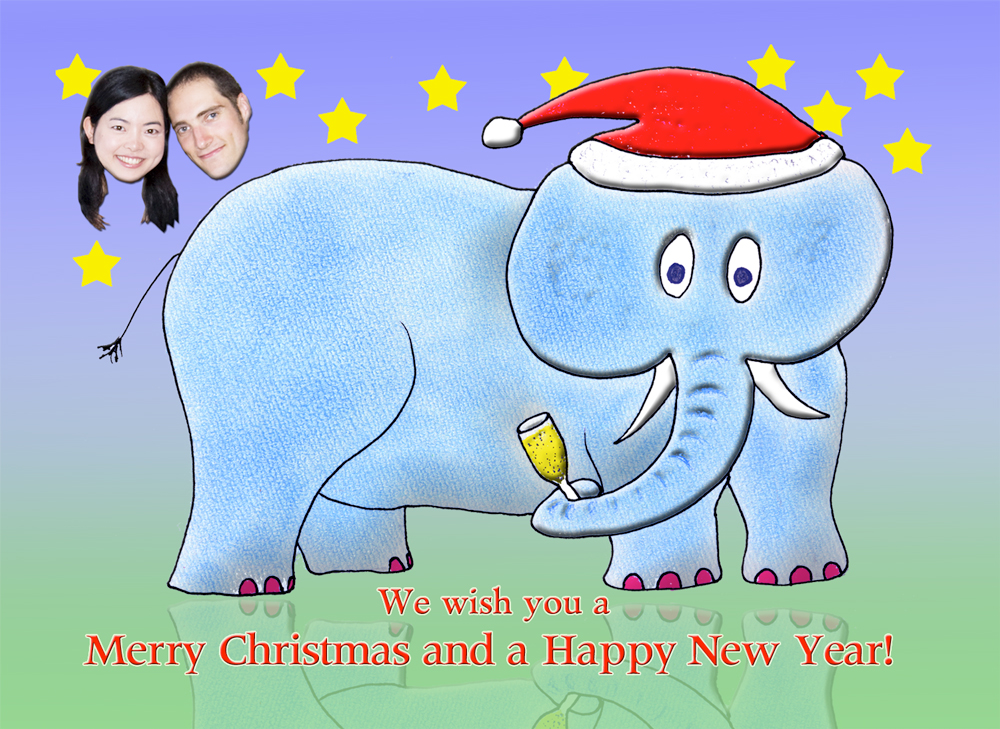 Is is just me, or has Twitter use by English speakers in Japan peaked? I get the feeling we’ve seen a drop off in updates this past month.

I know my usage has plummeted since I started my new job, as shown in the bar chart – only 251 in December vs. 431 in October 2009. I was thinking that for me this year, my Tweet stats can be approximately correlated with how I felt in my day job. That is, the less satisfied I was with my job, the more I tweeted (November saw a drop as that was when I decided to move on).

Thoughts on: Christmas in Japan

This year I decided to work Christmas day. It was a normal work day for *Twinkle* anyway, so there was no reason for me to take the day off. It was interesting embracing the mindset that it wasn’t a special day. I was in contact with a number of other non-Japanese during the day, and the feeling seemed to be mutual. Initial sadness at this situation soon faded as I was enjoying what I was doing, and was not alone in this.

Once home though (at about 9.30pm) I decided to create my own Christmas – this was a good excuse to rent a James Bond film (The World is Not Enough) and get through half a bottle of Baileys. Yum! *Twinkle* came home a little later, saying that she had a lot to do, but was soon seduced by my magnetic charm 007, and settled down with me to watch it. We rarely spend time together watching movies, so that was really very nice.

We had a second Christmas yesterday (Boxing Day) with family in Saitama (an hour north of here). I really enjoy visiting the in-laws; it’s very relaxing, there’s good food and no need to be anyone but myself. *Twinkle*s dad and I finished off a very nice bottle of champagne between us, then there was sake, beer and Baileys! I got quite drunk, but it was a really nice drunkness what with the kotatsu (heated table) and surprisingly entertaining Japanese TV (miracles do happen).

Mind you, for the final hour I drunk nothing but water, accompanied by a cocktail of 22 organic supplement tablets, meaning that today I had virtually no hangover.

For the past few years I’ve got into giving gifts such as cows, goats and chickens as presents at Christmas and on birthdays. I usually do this via Oxfam. The thing is, virtually everyone who I’d give presents have enough money to buy stuff that they *need* to live, and I don’t like the idea of increasing the amount of ‘stuff’ consumed in this world just for the sake of fulfilling a desire to give.

Instead, I’d rather my money went to helping people who really struggle to live. People without the essentials. Thus, this year we bought a cow for family in the UK, a goat for one in-law family here and an education pack for the second.

Some people object to such gifts because ‘the charities don’t really buy a cow or goat with your money – it just goes into the big pot.’ Well, these days you can choose whether or not they do: personally I’d rather trust the charity to use the money in the way that best supports its work.

Now having said all of that, I was very happy to receive a Sony digital photo frame. It’s a gadget I’ve wanted for a while (in order to actually appreciate more of the thousands of photos I’ve taken over the years), but couldn’t justify the outlay. It’s pretty good really, comes with 1 GB of internal memory and plenty of settings to, er, set.

I’m also delighted by the socks from ma and pa 🙂

*Twinkle* and I didn’t even consider buying presents for each other. I don’t think we even talked about it. Ah, oh, yes, that’s not quite true, I made the executive decision to buy a present for me from her – a 2,000 yen twin-rotor radio-controlled helicopter. It is very cool. I’ll have to blog it at some point.

So now I have completely succeeded in criticising mindless consumerism, and then thoroughly endorsing it, all in a few paragraphs. *Twinkle* turned 27 on Christmas Eve. Once again, it was a normal workday, but in the evening we met up in Omotesando to see the Christmas lights. They were, erm, lighty, but nothing to really shout about. What was groovy though was the giant snowman that had been imported from Niigata – it was there to encourage people to buy a cup of Amazake – sweet rice wine (delicious!).

Following that we walked hand-in-hand to Shibuya, buying takoyaki on the way and generally delighting in one another’s company. *Twinkle* had booked tickets for us to see the Michael Jackson documentary ‘This is It’. I’ve never been a big Michael Jackson fan, but on hearing good reviews wanted to see this, and I’m glad I did. I was really struck by how talented he was, knowing his songs inside out, having such a keen artistic sense for what worked, for how to get the music to convey the message he wanted to convey.

It also struck me me of how much he resembled George Bush. Maybe it was just the accent, but I couldn’t shake off this idea that he was similarly childlike, and only able to be who he was due to the support system around him.

Thoughts on: The *Elite* and their non-existence

One thing that’s really struck me this year is just how wrong I was when (up to a few years ago) I believed that some people are better than others (I don’t mean in a fundamental sense, I’ve always believed in equality when it comes to the value of human life… I mean in a superficial career-related sense). I used to look at people and then judge if they were ‘better’ than me or not. This was an ego thing; I looked for flaws in order to elevate myself. Whilst I wouldn’t necessarily vocalise my thoughts (that is, I wouldn’t go around badmouthing people), I was still doing this internally. It’s been interesting to see what is now a ‘truth’ for me reinforced again and again as I’ve come to know a lot of new people in Tokyo. They’re all ‘only human’!

I think this is tied in to ageing. As I grow older (I’ll be 32 in a couple of weeks) so ‘adults’ are increasingly likely to be in a similar age range to me. This helps remove any preconceptions I may have in terms of life-experience-related-superiority, and I’m able to see them more for who they are.

Thoughts on: The Game of Life

Accompanying this is the reinforcement of the idea that this is all a game, and we’re all just making it up as we go, playing. There’s been a few times this year when people I know have made decisions that have surprised me a great deal. Career changes, abandonment of projects that had filled their lives up until that point, dropping off social maps, changing partners, making other surprise announcements. Whilst sometimes a bit shocking, this changes are ultimately high points in people’s lives. Abandonment of old ways and embarkation on new unmapped paths are what make life so fun. For many of us fortunate enough to be living comfortable lives, it really is a game. It’s important we make the most of our throw of the dice. 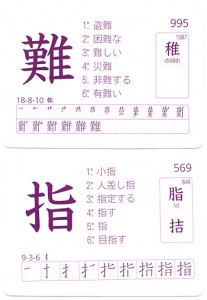 If I’m going to be effective at White Rabbit Press, I need to really understand what it is we’re producing. I’m fortunate in that I’ve used a lot of different methods to study the language in the past, and am aware of some of the difficulties that might be faced along the way. I’ve also come to appreciate just how key the kanji are to getting to grips with the language – and I don’t just mean the written language. Understanding kanji helps you decipher new words that you hear when out and about – using context and the bank of kanji readings you have in your head it’s possible to make educated guesses at the meanings of totally new words, even if you’ve never heard them before.

Anyways, because of this I’m going to re-start regular Japanese study using the WRP kanji flash cards (volume 2). I’ve already learnt all of the ones in this set …but have forgotten many of the readings. Also each card has 6 vocab words / phrases on, so there’s a way to increase my vocabulary too. 頑張ります!

Thoughts on: The local fire patrol

Tonight I was invited to take part in our local fire patrol – something I wouldn’t normally have the chance to do.

I blogged about it for DannyChoo.com – if you need a work-safe version the original is on Flickr. ぜひぜひ。

Thoughts on: My upcoming birthday

*Twinkle* is giving me a great present for my birthday on January 13th: She’s getting an iPhone! This will really help her become more productive and us more communicative when not together.