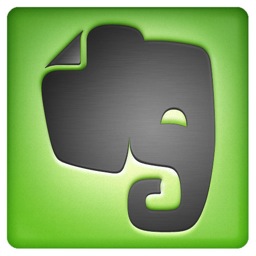 The problem: I had stacks of business cards in my desk drawer that I’d been given over the past two years in Tokyo. I’d typically collected them in batches at events, and for the vast majority I’d never made the time to sit down and transfer all the the contact info into my address book.

About 8 weeks ago I quit my full time job and went freelance. As a result of this I’ve been a lot more communicative with my local network, and have found myself shuffling through hundreds of cards to find various key people whom I now see opportunities to work with.

I’m also a digital media storage junkie, wanting all my data backed up and searchable wherever I am. I like physical business cards and don’t want to see the end of them, but I also want the information contained on them in a digital format.

However, I also know that I will probably only ever use the contact details on a small proportion of all of those cards, so I don’t want to spend hours digitising them, and am not too fussed if they’re in separate database instead of my Address Book.

If I only had a few cards I would try Cardsnap Lite Business Card Scanner for the iPhone (what I will probably use from now on following meetings etc for non-Japanese cards) which can be used to get info directly into your Addressbook within 24 hours or so.

Evernote fits the bill perfectly for the task at hand. Using a standard Epson flatbed scanner and Epson Scan (or Image Capture), I can scan about 12 cards at once. I lay them out in position, do an initial Overview scan, set the scan areas (one image per card) and then just replace the cards and scan again.

I set the destination for the image files as the Evernote app (in which I have a ‘Business Card’ notebook). The cards then pop up as new notes one-by-one; there’s just enough time between cards to add tags such as ‘Media’ ‘Publishing’, Met at Twitter Tweetup’ etc.

Evernote’s OCR engine takes care of the rest, reading all the text in both English and Japanese, making them all searchable. (Note that OCR does not take place locally – you need to sync to the Evernote server where the images are processed and then data sent back to your local app, read here for more info). The accuracy of the OCR in both languages is pretty incredible – and quite fast too. I don’t bother rename the notes (which are named  ‘scan 1.jpg, scan2.jpg etc by the scanner), as the names on the cards are all searchable.

I’m delighted by the speed with which I was able to digitise several hundred cards. Having the pro-version of Evernote I’m able to keep a local copy of the database on my iPhone too (although you can still search notes with a free account, then download the note you need).

Basically, this was a quick, affordable (i.e. just a few hours of my time) method of dealing with a chore that has been hanging over me for many months.

Hurrah for Evernote – proving to be well worth the cost of the pro version (which I actually only bought because I wanted to support the company… the free account would be perfectly adequate for most people I would imagine).

p.s. There is a business card app that has Evernote integration – Business Card Manager – but to be honest it’s a waste of money as you have to manually enter all the contact info yourself – might as well just use the iPhone’s Addressbook or send a photo of the card via email to your Evernote account.

@jonnyli has pointed out that Evernote has a partnership deal with Shoeboxed for scanning business cards etc. Unfortunately it’ll cost you – from $9.95 per month for 50 cards (so not what you need if you want to make digital copies of an existing pile of cards). Also note that Shoeboxed does not support Japanese OCR.

The healthiness of the banana cancels out the cream, right?

The recent launch of Facebook Places has ignited a fair bit of debate over personal location privacy. The technology (gps tagging) is nothing new, and we already see it built-in to a huge variety of apps and websites. Whilst Foursquare is the No.1 site dedicated to sharing your location, many others have the feature built-in as features of their service. Think Flickr, YouTube, Twitter, Audioboo, Runkeeper.

So why the fuss over Facebook places? Aside from the fact that this has the potential to be the biggest getotagged social community to date, it’s the way in which it’s been done: rather than making this an opt-in service, it’s opt-out, meaning that if you don’t change your default Places privacy settings others will have the ability to tag your location at any time without you knowing.

Personally, I don’t like the idea of friends being able to broadcast my location to the world at any time without my knowing. Aside from the burglary aspect (more of a concern in the UK and US I’d imagine), there’s the fact that it infringes upon your freedom to choose what you do with you time. In a place like Tokyo with 101 events going on each night, there are times when you have to choose between going to A or B.

Say for example a pseudo-friend of yours asks to meet you for a drink. You accept the invitation, but shortly afterwards receive an invitation to the party of a lifetime with the one person you’ve been wanting to meet for months and months. What you might do in that situation is tell the pseudo-friend that something’s come up, and ask to postpone.

You then go to the party, meet the person you’ve been wanting to meet for months, go home, sleep.

The next day you get an email from your pseudo-freind – they’re very upset as they can see from your Facebook location history that you were at a party last night – you’d been geotagged by 4 other people without your knowing.

However, this doesn’t have to be a problem – you can just change your Facebook privacy settings so that others can’t check you in.

But, the launch of geotagging on a platform as popular as Facebook does raise some interesting questions about what’s already happening with the geotag services that have been around for some time.

For example, check out this tweet sent by a follower of my friend @papadimitriou.

Made me feel a bit uncomfortable that. …but then I started thinking, well the same thing happened to me last night. Twice. I was out presenting at an event, and whilst giving my presentation, a couple of people took photos of me, uploaded them to Facebook, and tagged me. Having been taken with GPS-enabled mobile phones, those photos may well have location data embedded in them (they had the name of the event/location in the description in any case!)

Now where’s the privacy switch for that? …erm, there isn’t one.

Ultimately, no matter what your personal settings are for all of these services, you can’t control your geo-privacy, because you can’t control other people. Your friends may not see an issue with geotagging you without asking permission, and with this technology still in its infancy we’re yet to develop any social norms regarding its use.

Photography is now banned in a lot of shops to protect the privacy of other customers – are we now going to see signs popping up banning geotagging? I think not, as despite it being just as much an infringement of privacy as taking someone’s photo without permission can be, it’s totally unenforceable.

Personally, I’m a big fan of controlled geotagging, that is, where you’ve actually considered and if necessary changed the privacy settings of the various apps you use, and then use them whilst being conscious of people’s privacy.

I think the issue is is that it’s going to become increasingly difficult for people to do this, what with privacy/ geotag options being buried in sub-menus, and a lack of appreciation of the potential consequences of sharing your location.

Well, it’s early days. It’ll be interesting to see how this all pans out.

(hmm, …having watched the video above a number of times I must say I can’t wait to start using Facebook places when it’s rolled out in Japan..!)

No Get Rich Quick option with this copier…

It’s a shame when one can’t be as effective as one would like to be.

I was giving a presentation today for one of committees of the American Chambers of Commerce, looking at ustream & using it for business.

Unfortunately my MacBook pro suffered a stroke as I began – no video output to the projector. Whilst I did get it going eventually the lost time cost me dearly – I was far less effective that I’d wanted to be, failing to cover the material that was most relevant for the audience.

Well, hey, these things happen, and I’m sure they’ll be a positive outcome – such as my learning to never be dependent on a single computer.

Speaking alongside social media experts helped bring a little more clarity to who I am/ what my speciality is in this whole social media marketing market.

What I do (and enjoy doing) is getting my hands dirty. I love being a part of a social media event – planning a practical strategy and then carrying it out with my team on the day itself.

Pulling together the people with the necessary skills, gathering the required technology and figuring out how it will all work together.

I’m also good under pressure – when everything falls apart (not exactly uncommon when it comes to live streamed broadcasts!). I must admit I saw today’s event as just one of those situations – we’re live, we’re under pressure – we have to make this work!

What I am *not* is a so-called ‘social media ‘expert’, ready to theorise on the future of the industry.

Happily, following today’s event I secured more work, which now means I have enough for the foreseeable future (although could fit more in should the need arise).

Also, I left the event being happy with who I am and my attitude towards life. There was a time when I would have agonised over today’s events, felt embarrassed etc.

But as it was I just saw it as an experience, and one I’m glad to have gone through.

Anyway, better get on and eat some sushi. 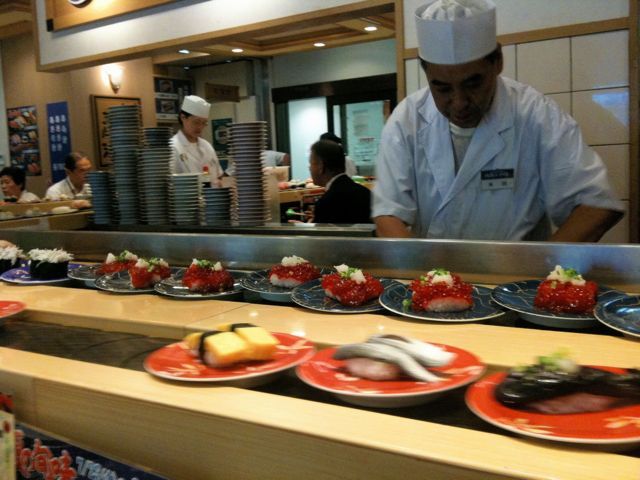