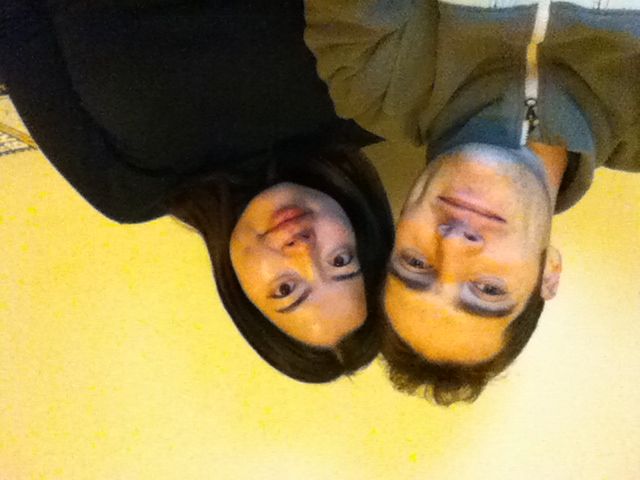 I’m sitting on a comfy sofa in the front room of a typical terraced house in central London. Wooden floorboards, high ceiling, white walls, fireplace, bay window. Two big suitcases open on the floor next to a big inflatable mattress, chocolate digestives on the coffee table.

We landed about 12 hours ago here in London after a very smooth flight from Narita. The problems at Heathrow meant that our departure was delayed by 5 hours, which had the knock-on effect of making us miss our connecting flight to Spain. This wasn’t a big problem however as we knew all of this the night before heading to the airport and so were able to alter our plans – decided to not go to Spain just yet, and instead stay in the UK this week. Will probably spend a few nights in Barcelona in the New Year.

British Airways staff at Narita were incredibly helpful, changing our flight exactly as we asked. Security was as expected, with my carry-on suitcase, packed full of electronics, having to go through the scanners 4 times. Moving on to the gate we were able to board immediately, and to my surprise the plane started taxying onto the runway as soon as I’d sat down.

Once up above the clouds I was happy to see that the moon was exactly where I’d hoped it would be – off at a 90 degree from the right side of the plane, giving me in my (pre-booked) window seat a perfect view. Here you can see it above the wing. Photographing it as a bit tricky as it had to be handheld, and I was in a moving vehicle, but nonetheless… it was a beautiful sight to the naked eye. Amazing how red it was. One of my favourite sights on UK-Japan Direct flights is the snowy hills and winding rivers of ice of Siberia. Naturally, with it being nightime and there being a lunar eclipse it was harder than usual to make them out (thus no photographs), but as the eclipse waned so I found myself with eyes glued to the window (not literally), smiling broadly at the wonderful Mr. Tickle style patterns formed by the rivers below.

Another beautiful sight was the fishing boats on the North Sea, little twinkling lights turning the vast expanse of water into a mirror of the starry night above.

At several points during the 11-hour flight I took a step back, seeing our plane as this huge lump of metal flying 36,000 feet above the earth. “Wow. It’s incredible that we can do this...” With it being something that we’ve grown up with we kind of take it for granted, but set aside what you already know and it really becomes something that you’d never think was possible.

(One thing I was particularly struck by was the strength of the joint where the wings meet the fuselage. Imagine how strong they must be to support the weight of not just the wings, but such huge engines too. Incredible feat of engineering).

Heathrow was the most orderly I’ve ever seen it (bear in mind that we only saw arrivals, not departures!). Only spent a few minutes queuing at immigration (during which I was making up for lost time on Twitter and Facebook!), and our bags appeared on the conveyor belt as soon as I parked my trolley there. Soon had our Oyster cards charged, and on the Subway to central London.

We’re now staying with *Twinkle*s sister and her partner here in London, and will be here for the three nights we were originally going to spend in Spain. After that we’re off to a Hilton down south near where my brother’s family will be spending their Christmas, and then after Christmas will head up to my parent’s house.

Anyway, breakfast is soon to be served, so I’d better be off.

It’s good to be back.